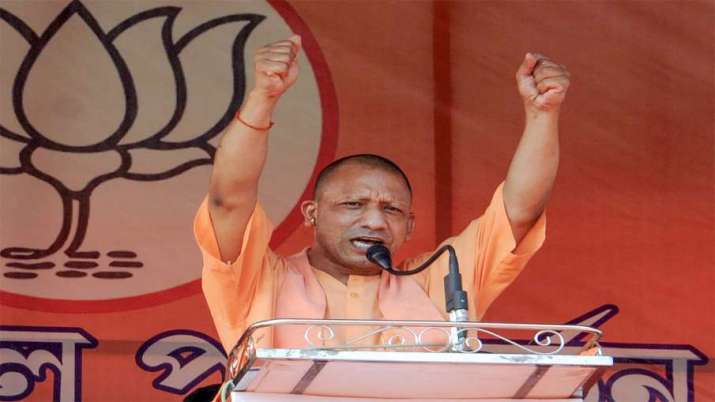 Uttar Pradesh Chief Minister on Thursday hit out at leaders who try to use ‘Hindu’ card to lure voters during elections. In an exclusive interview with IndiaTV, Adityanath said he is a proud Hindu and slammed those who highlight his statement ‘I am a Hindu and I don’t celebrate Eid’ to showcase him as a leader with ‘narrow religious ideology’.

Invoking Swami Vivekananda, CM Adityanath said,” Being a Hindu doesn’t mean that one is narrow-minded. Swami Vivekananda had presented Hindu religion on the world stage strongly. It was he who said ‘Garv se kaho hum Hindu hain (Say it with pride, we are Hindus). Being a Hindu should be a matter of pride for me, not a shame. Those who have massacred innocents, exploited people for their vote bank politics should be ashamed,” Adityanath said.

Commenting on Mamata Banerjee’s chandi path during an election rally in Bengal recently, the Uttar Pradesh CM described it as an ‘ideological victory’.

“Those who didn’t allow Durga Puja are now reciting chandi path…those who were once hesitant to call themselves Hindu are now showcasing their Hindu identity. They are saying ‘I am a janeudhari’. This is our ideological victory and it shows that we are near victory,” Adityanath said.

In an apparent reference to leaders like Mamata Banerjee, Rahul Gandhi and other leaders who take ‘temple tours’ particularly during the election season, Yogi Adityanath said people can identify between real Hindus and ‘accidental’ Hindus. “Those who try to become Hindu during elections…their condition is similar to the Hindi idiom ‘na ghar ke…na ghat ke,” he added.