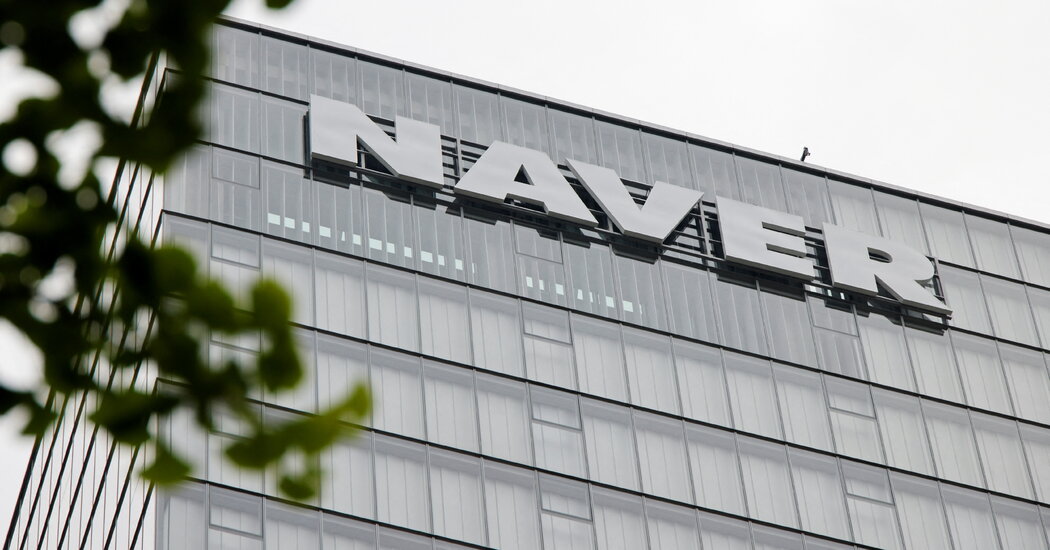 Naver has gained a sizable foothold in North America’s secondhand retail market with its new acquisition, the company’s largest to date.

The South Korean internet giant Naver has agreed to buy Poshmark, a popular secondhand retailer based in the United States, for $1.2 billion. It is Naver’s largest acquisition to date and a sign of the company’s broadening global ambitions.

Sometimes referred to as the “Google of South Korea,” Naver is a wide-ranging internet services provider that began as a search engine before expanding into email, messaging, news aggregation and e-commerce. Its website and suite of mobile apps are some of South Korea’s most popular.

Naver’s acquisition of Poshmark gives the South Korean tech giant a sizable foothold in the North American resale industry. The company had already expanded into Japan and other markets in the region, most notably as the parent company, along with SoftBank, of the popular messaging app Line.

Naver has set its sights beyond Asia. In 2021, it acquired its first North American business, Wattpad, a Toronto company that offers a platform for reading and writing original stories, for $600 million. In 2017, it acquired Xerox Research Center Europe, a France-based center focused on breakthroughs in artificial intelligence.

Choi Soo-Yeon, the chief executive of Naver, said the acquisition marks the company’s acceleration into the global “C2C” market, the category of business where customers sell goods and services to each other via a third-party platform like eBay or Craigslist. She placed particular emphasis on fashion, which has seen a global surge in recent months and makes up 15 percent of South Korea’s e-commerce market.

Naver will pay $17.90 per share, 15 percent more than on Poshmark’s closing price of $15.57 on Monday but far below Poshmark’s value when it went public in early 2021 at $42 per share. Poshmark will continue to be led by its chief executive, Manish Chandra.

Naver’s shares fell by nearly 9 percent at the close on trading in Seoul on Tuesday. The company’s stock is down roughly 60 percent from its peak in mid-2021.

Big tech companies are zeroing in on the intersection of social media and e-commerce as a new avenue of growth. With the success of short-form video and livestreaming apps like TikTok, many are seeking new ways to channel social behaviors into an in-app purchase.

Poshmark was founded in 2011 and works like a mix of Instagram and eBay. It allows users to post photos of items for sale in a virtual “closet” from which others can make purchases. It is one of the largest apps in a booming global resale market that is set to double in the next five years, according to a projection by ThredUp, a competitor.

The platform has over 80 million registered users, mostly in the U.S., Canada, Australia and India. In 2021, the company posted $326 million in revenue, a 24 percent increase from the previous year, and recorded a $98 million loss.

With the deal, Poshmark will gain access to Naver’s extensive network of users and technology products. In a conference call, Mr. Chandra cited Naver’s technology prowess in areas like livestreaming and artificial intelligence as a reason for the sale.

As Gen X and Boomers Age, They Confront Living Alone

India, China to hold 13th round of military talks today; resolution of 10 friction...

Victims in Walmart Shooting Had Bonded on Overnight Shift