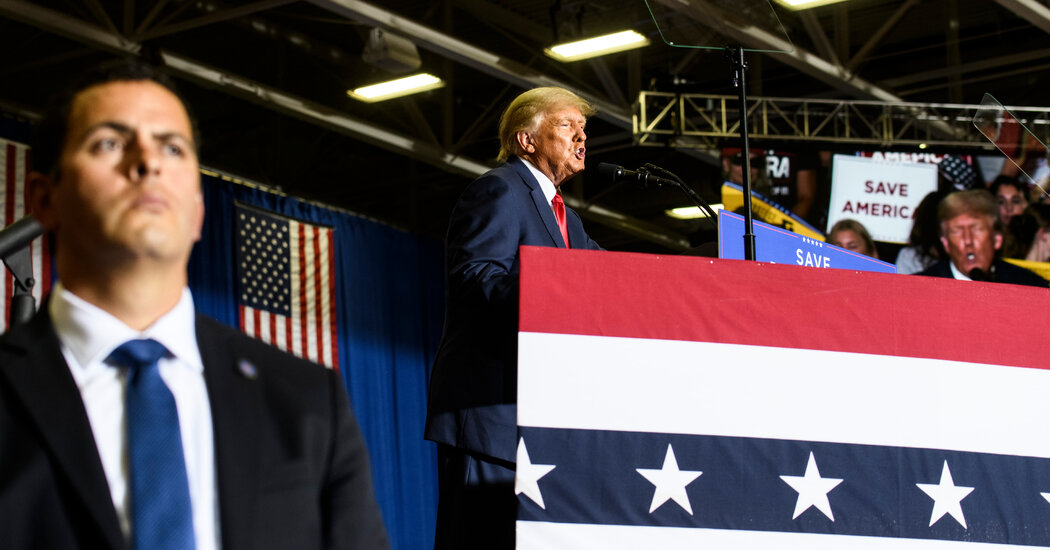 The third postponement in the last month could put strain on Trump Media & Technology Group and its social media platform, Truth Social.

The special purpose acquisition company that intends to merge with former President Donald J. Trump’s social media company has again come up short in getting shareholders to give both companies another year to complete the deal.

Patrick Orlando, chief executive of the Digital World Acquisition, said Monday that he was extending the deadline for allowing shareholders to vote until Nov. 3. Mr. Orlando did not say how close the SPAC was to getting the necessary votes from 65 percent of its shareholders.

This is the third time in the past four weeks that Digital World has extended the deadline for rounding up votes from shareholders. If shareholders don’t approve a yearlong extension before Dec. 8, Digital World may be forced to liquidate and return to investors the nearly $300 million it raised in its initial public offering of stock.

That could make it difficult for the Trump Media & Technology Group and its social media platform, Truth Social, to fund its operations.

The deal has been held up by investigations by securities regulators and federal prosecutors into potentially improper communications between representatives of Digital World and Trump Media before the SPAC’s public offering in September 2021.

Shares of Digital World were down nearly 5 percent to $16.50 after the announcement.