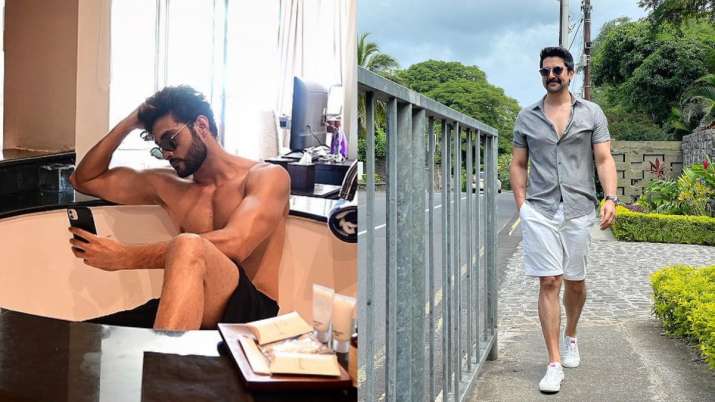 Neeraj Pandey’s hit franchise “Special Ops” has announced its second season with some exciting star casts, which includes Kay Kay Menon, Aftab Shivdasani, and Aadil Khan. There will be two new faces in this season, where “Shikara” actor Aadil Khan will be debuting on the OTT platform along with the Aftab Shivdasani. Aadil Khan started his journey as RJ Nasar Khan in 93.5 Red FM and went on to make his big-screen debut in Vidhu Vinod Chopra’s romantic drama movie “Shikara”. He is all set for his second big project debuting in the web series “Special Ops 1.5”. Aftab Shivdasani is loved for his past work in Bollywood. He has done an incredible amount of films like “Masti”, “Kya Kool Hai Hum”, “1920: Evil Returns” and many more.

Recently, both the actors posted on their Instagram from their vacation somewhere really nice.  In the pictures, Aadil Khan can be seen wearing sunglasses and chilling with his phone in the bathtub, flaunting his ripped physique and looking extremely hot. The actor seems to be setting up his hair for a selfie to capture his shaped and trimmed beard to which Aftab Shivdasani commented with laugh emojis and Aadil khan replies “without the soup” this subtle conversation is definitely an indication of something.

Meanwhile, Aftab Shivdasani also posted a picture walking on a pavement dressing up cool in a grey shirt, white shorts and completed the look with white sneakers to which a fan has commented “Omg u are in Mauritius @aftabshivdasani wish I can meet u” so this comment gives us a slight idea of where they are having a fun vacation.

On the work front, Aadil Khan and Aftab Shivdasani will be joining Kay Kay Menon in the upcoming season of “Special Ops” directed by Neeraj Pandey.