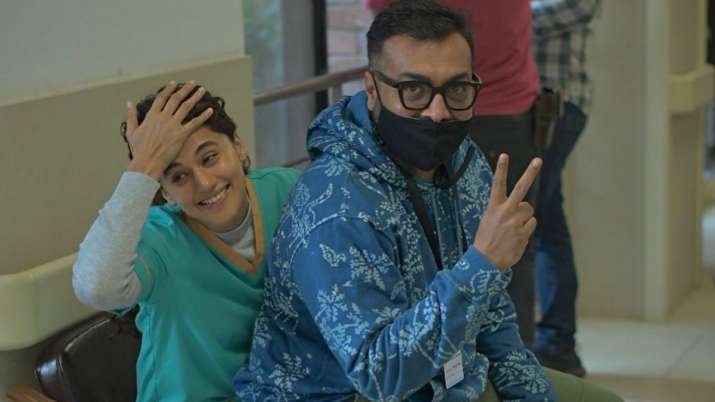 Actor Taapsee Pannu has begun shooting for director Anurag Kashyap’s upcoming thriller “Dobaaraa”. The project marks the filmmaker-actor duo’s third collaboration after 2018 hit “Manmarziyaan” and biographical drama “Saand Ki Aankh”, which had Kashyap on board as producer. Pannu took to Instagram and posted a picture with the 48-year-old director, similar to the one they clicked on the sets of “Manmarziyaan”, three years ago.

“Because some collaborations deserve to be repeated. Ready to create more memories because we were running out of manmarziyaan stories to tell. Anurag Kashyap, let’s do this #Dobaaraa,” the 33-year-old actor wrote.