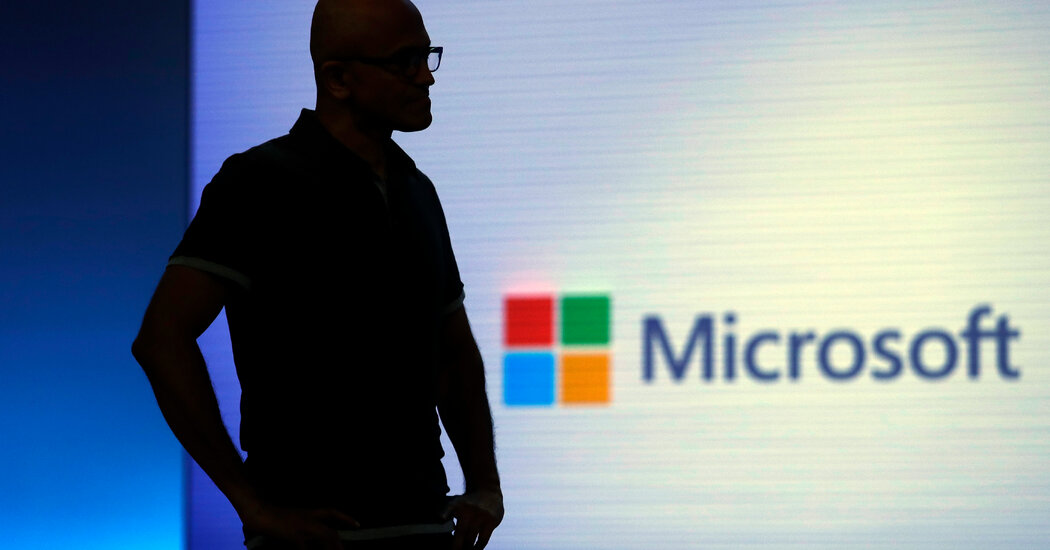 A series of quarterly earnings reports are showing that even Silicon Valley’s most powerful companies are feeling the impact of inflation and rising interest rates.

Google this week reported a steep decline in profits. Social media companies such as Meta said that advertising sales — the heart of its businesses — have rapidly cooled off. And Microsoft, perhaps the tech industry’s most reliable performer, predicted a slowdown through at least the end of the year.

Tech companies led the way for the U.S. economy over the past decade and buoyed the stock market during the worst days of the coronavirus pandemic. Now, amid stubborn inflation and rising interest rates, even the biggest giants of Silicon Valley are signaling that tough days may be ahead.

The companies are navigating the same problems as the rest of the economy. Pumped up by aggressive consumer spending during the pandemic, they invested to keep up with demand. Now, as that spending is slowing, they’re trying to adjust. It hasn’t been easy.

Amazon, which had 798,000 employees at the beginning of 2020, is reining in expansion of its warehousing operations, mothballing buildings, pulling out of leases and delaying plans to open facilities. The company employed 1.52 million people in the second quarter, almost 100,000 fewer than at the end of March.

Most companies would love to have the problems of the tech industry’s leaders. Between them, Google and Microsoft made $31.5 billion in profits in their most recent quarter. On Thursday Apple is expected to say that it made more than $20 billion in profits in a quarter that will otherwise be considered a disappointment.

But their sudden slowdown is exposing a weakness. The big tech companies haven’t really found a new, very profitable idea in years. Despite years of investment in new businesses, Google and Meta still rely mostly on ad sales. The iPhone, 15 years after it upended the industry, still drives Apple’s profits.

Our Coverage of the Investment World

The decline of the stock and bond markets this year has been painful, and it remains difficult to predict what is in store for the future.

That has left some of them vulnerable to the disruptive upstarts that they once were. YouTube, which is owned by Google, and Meta’s Facebook and Instagram social media platforms are being upended by the much younger TikTok. Meta said on Wednesday that its profit in the most recent quarter was down more than 50 percent from a year ago.

The slowdown has been more severe among companies in young markets like crypto and the gig economy but also the more staid chip makers. The value of Bitcoin has plunged by two-thirds this year, dragging a host of start-ups down with it. Uber, the ride-hailing pioneer, has slashed spending as investors have lost their patience with unprofitable businesses.

Semiconductor companies are cutting spending on factories and machinery as sales of PCs, smartphones and appliances slow. Texas Instruments told financial analysts on Tuesday that the contagion is spreading to sales for things like heating controls and factory robots. Covid-related lockdowns in China and the growing threat of trade and technology restrictions have made things worse.

“We’re in for a dark winter,” said Brent Thill, a technology analyst with the investment firm Jefferies. “From small to big to large — no one is immune.”

Google and Microsoft assured investors this week that they would slow hiring and monitor rising energy and supply chain costs. Apple has said it plans to be more deliberate about how it expands its work force as the economy struggles.

Other companies are embarking on new strategies. Netflix, weakened by slowing subscription growth, hopes to revive its business next month with the release of a lower-priced service that is subsidized by ads.

Meta is pouring billions into the construction of a so-called metaverse, which it hopes will be tech’s next big thing. But that investment is costing the company a lot of money. Meta said its Reality Labs division, which is responsible for the virtual reality and augmented reality efforts that are central to the metaverse, had lost $3.7 billion compared with $2.6 billion a year earlier.

“Ultimately, look, I get that people might disagree with this investment,” Mark Zuckerberg, Meta’s chief executive, said on a call with financial analysts on Wednesday. “But from what I can tell, this is going to be an important thing and it would be a mistake for us to not focus on these areas.”

It is proving impossible for tech companies to maintain that growth. Smartphone and computer sales are slowing worldwide. Cloud computing spending is being scrutinized by businesses troubled by the slowing economy. Shoppers have returned to stores and started spending their money on travel, concerts and sporting events — the in-person moments they once sacrificed.

Apple is expected to report on Thursday that iPhone sales rose 7 percent for its fiscal year that ended in September, a sharp deceleration from the nearly 40 increase it posted last year. Wall Street analysts predict that sales will decline next year as customers in its two biggest markets, the United States and China, struggle with economic slowdowns.

A similar turnabout in computer sales threaten to compound Apple’s woes, as well as drag down its longtime rival, Microsoft. The computer market is deteriorating at its fastest rate in decades. The decline is hobbling Apple’s Mac business and led Microsoft to forecast a roughly 30 percent decline in Windows sales over the final months of this year.

“There were so many PCs purchased in the last two years that there’s no demand,” said Mikako Kitagawa, a technology analyst with Gartner, a market research firm. “Plus, hiring is frozen, so businesses don’t need new PCs.”

Microsoft has shaken off sluggish computer sales before by leaning into the explosive growth of its cloud computing product, Azure. But that business has begun to soften as cloud customers look to reduce spending.

Microsoft said on Tuesday that Azure sales increased 35 percent, a slowdown from earlier this year. Industry analysts expect Amazon, which reports earnings on Thursday, to also say that growth of its cloud computing business has slowed.

The industry’s slackening started with a downturn in online advertising sales. The cracks in that business began to form early this year when Apple introduced privacy changes that made it harder for Meta and Snap to target their digital advertising. On Wednesday, Meta warned that it didn’t see any relief on the horizon to the declining ad market.

“We’ve still got a ways to go,” said Steve Milunovich, a longtime Wall Street analyst who now consults for technology companies. “This reset is overdue.”