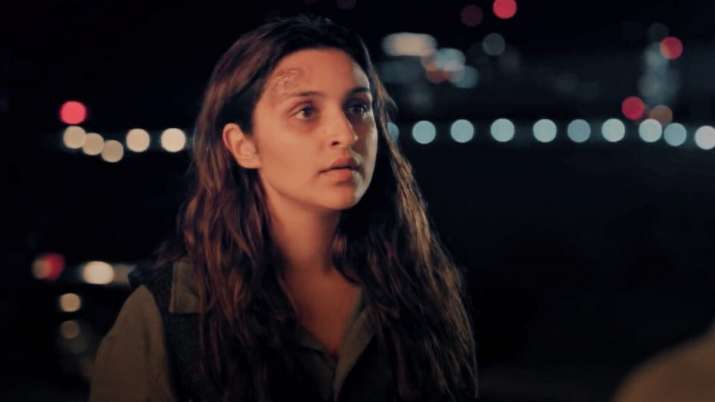 Actress Parineeti Chopra has become the talk of the town for her stellar performance in the recently released Bollywood film The Girl On The Train. The murder-mystery dropped on Netflix on Friday (February 26) and fans were in love with the actress’s portrayal of Mira Kapoor, who is an alcoholic and troubled divorcee. Her journey of being embroiled in a murder investigation and the heart-racing climax has left the viewers bowled over. There is hardly anyone who has watched the film and isn’t singing praise for Parineeti Chopra.

One Twitter user said, “Friday night movie… Someone finally getting the stories she deserves. Way to go @ParineetiChopra.” Another tweeted, “@ParineetiChopra Steals the show completely in this Decent mystery thriller. Parineeti’s Career best performance . Her acting was solid. The way she portrayed the Alcoholic Amnesia Mira Kapoor is awesome.”

Since The Girl On The Girl is a murder mystery, the makers as well as Parineeti Chopra requested the viewers to not leak out the spoilers after they have watched the film. The statement said, “Our sincere request– as you know, our film is a murder mystery and while we know that it is tempting to release spoilers, we urge you to think about the journey that every film has- from an idea in the head to bringing the version to life and showcasing it to the world. It takes years to make a film, and a second to give out a spoiler. This not only ruins our hard work, but more importantly YOUR experience of watching the film.”

Also, Parineeti Chopra has lent her voice to one of the songs in the film. She has sung Matlabi Yaariyaan in The Girl On The Train. Directed by Ribhu Dasgupta, the film is an official Hindi remake of the Hollywood movie “The Girl On The Train”, which is based on Paula Hawkins’ 2015 bestseller of the same name. The Bollywood version also features Aditi Rao Hydari, Kirti Kulhari and Avinash Tiwary in pivotal roles.

The excerpt of the film reads, “A bright city, a dull morning and a curious girl on the train. When a voyeuristic divorcee fixates on the lives of a perfect couple from afar, she soon gets embroiled in a murder mystery that unfolds revealing truths about her own life. Get on board for a thrilling experience with Parineeti Chopra, Aditi Rao Hydari, Kirti Kulhari and Avinash Tiwary. Catch Ribhu Dasgupta’s The Girl On The Train on 26th February, only on Netflix.”