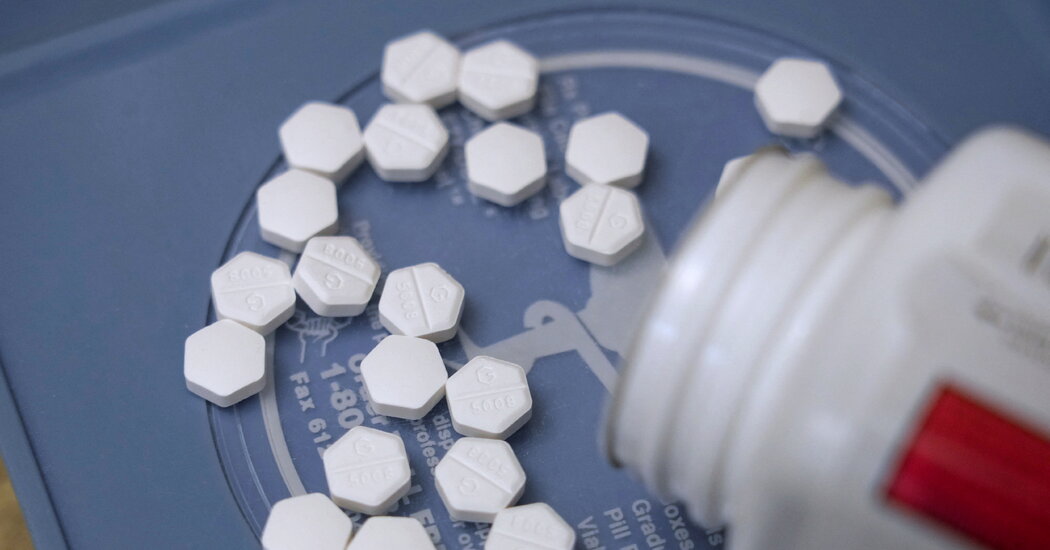 The political fight over abortion will increasingly be a battle over the mailing of pills into Republican-run states.

With Roe v. Wade overturned, many of the most intense battles over abortion access will involve the mailing of pills into Republican-run states.

Some pregnant women in these states will travel to states where abortion remains legal. But travel can be expensive and time-consuming, making it especially difficult for lower-income workers.

That’s why both sides of the abortion issue are now gearing up for an extended fight over what’s known as medication abortion — and specifically over whether women who live in red states will be able to order abortion pills through the mail, even if it’s illegal. Abortion rights advocates are hoping to protect mail services from legal challenges and trying to spread the word that medication abortion is both safe and effective. Abortion opponents are thinking about how to prevent the mail from becoming a loophole that undermines their newly created bans.

Today’s newsletter looks at three different realms where this issue is likely to play out.

In 2018, Dr. Rebecca Gomperts, a Dutch physician, founded a group called Aid Access to help women in countries where abortion is illegal order pills through the mail. With many American states now outlawing abortion, Aid Access has a new relevance in the U.S.: After Texas enacted a strict abortion law last year, for example, Aid Access experienced a surge of requests from Texas.

To receive pills, women contact a European doctor through Aid Access’s website. Then, a doctor will often fill the prescription using a pharmacy in India, which will send the pills by mail. They typically arrive in one to three weeks and can be taken safely up to the 12th week of pregnancy.

Ordering the pills through Aid Access costs about $110, with discounts available to poorer women.

Gomperts told us that she believes Aid Access was not in legal jeopardy because it follows the laws in Austria, where it is based. “I practice according to the law and to all the medical ethical guidelines,” she said.

Both pro-choice and pro-life advocates agree that cracking down on the mailing of abortion pills is difficult. “This is a tough problem,” James Bopp, the top lawyer for the National Right to Life Committee, said. Elisabeth Smith of the Center for Reproductive Rights said, “Even the federal government does not have enforcement power against an entity that is wholly outside of the U.S.”

But Smith added that the situation might be different for women who take the pills: They could be in legal jeopardy in some states. Texas, for example, requires a woman seeking an abortion to visit a clinic twice — partly to restrict the use of pills. A woman who took abortion pills in Texas would be violating that law, and Smith and some other experts believe that prosecutors might bring such a case, especially in the rare instances when women had complications that required a doctor’s care.

One question is how law enforcement officials will try to stop the delivery of pills in a majority of cases. Pharmacies, of course, do not label their packages as containing abortion pills.

(For the back story to Aid Access: Gomperts has been trying to make abortion accessible for more than two decades, and Emily Bazelon profiled her in The Times Magazine in 2014.)

Some overseas pharmacies also ship abortion pills even without a prescription from a doctor. They typically sell generic versions of the drugs mifepristone and misoprostol that have been produced in India.

Plan C, a group that helps women looking to obtain pills by mail, has published lists of pharmacies whose pills the group considers reliable. “We had them analyzed in the lab and they were the real thing,” Elisa Wells, Plan C’s co-founder, told us. The pills typically cost $200 to $500.

Taking a medication without help from a nurse or a doctor is obviously not an ideal situation, but some women may decide that they have no other option. Plan C also publishes medical and legal information about the pills, and a group called M+A operates a telephone hotline for questions about self-managed abortions or miscarriages.

As with pills obtained through Aid Access, women in some states may face legal risks from using an overseas pharmacy. Three states — Oklahoma, Nevada and South Carolina — have laws against self-managed abortion, Wells noted.

This process involves multiple steps. Still, Wells said, it is among the cheapest, most convenient option for many women. It also involves some of the same legal vulnerabilities as the other options here.

Bopp, the anti-abortion advocate, said that he hoped the federal government would ultimately find ways to crack down on the mailing of abortion pills from one state to another. But it will not happen so long as President Biden is in office, he added.

(This Times Opinion video explains how a Texas woman used the mailbox approach. It meant that she did not have to take time off work, and she could induce the abortion in the privacy of her home.)

More than half of legal abortions in the U.S. are already conducted using pills, up from virtually none in 2000. The share is almost certain to keep rising, and a substantial number of illegal pill-based abortions also seem likely in Republican-run states. Increasingly, the future of abortion — and the political struggle over it — will revolve around medication abortion.

Related stories: Kansas will vote on abortion next week. And in some states where abortion remains legal, wait times have recently grown, because of women traveling from states where it is now illegal.

New York City: He runs a real estate empire. Did he steal it?

Travel Quiz: A sewing machine, handcuffs, hummus. Do you know what you can take on a plane?

Metropolitan Diary: She tasted independence at the 1964 World’s Fair.

A Times classic: Easy ways to cut down on junk mail.

Lives Lived: Bob Rafelson was an iconoclastic director who was a central figure of the New Hollywood movement. He died at 89.

Shohei Ohtani on the trade block? The price will be high, Ken Rosenthal writes, but not impossible to meet. The Aug. 2 trade deadline should be most dramatic, with stars like Ohtani, Juan Soto and even Mike Trout in discussions to move.

NASCAR drama: Denny Hamlin and Kyle Busch finished first and second in yesterday’s race — until their cars failed inspection afterward. Hamlin is the first Cup Series driver to be stripped of a win in the modern era.

Ortiz goes into Hall: Red Sox legend David Ortiz was inducted into the Baseball Hall of Fame yesterday, the most notable member of a seven-man class. Steve Buckley argues he’s already something more: the face of the storied franchise.

A proper Chicago dog is an all-beef frankfurter in a poppy seed bun with yellow mustard, sweet pickle relish, chopped white onion, tomato slices, a dill pickle spear, pickled sport peppers and celery salt. “A source of civic pride, the Chicago-style hot dog is a nexus for many people’s relationship to a city they so adore,” Eric Kim writes.

What is it that makes these dogs stand out?

The number of toppings plays a role. But the biggest difference may be the lack of an ingredient: ketchup. “We don’t turn anyone away that wants ketchup on their hot dog,” Jeff Greenfield, the owner of Redhot Ranch, told The Times. “But usually we try to limit it to children 12 years and under.”

Don’t skip the celery salt on your Chicago dogs, its herbal lightness makes them shine.

The Grammy nominated singer Maggie Rogers went to Divinity School. “I wanted to build a framework for myself, for how to keep art sacred,” she said.

The pangrams from yesterday’s Spelling Bee were nighttime and theming. Here is today’s puzzle.

P.S. Clyde McGrady is joining The Times from The Washington Post, where he wrote about race, culture and politics.

“The Daily” is about crypto.

Matthew Cullen, Claire Moses Tom Wright-Piersanti and Ashley Wu contributed to The Morning. You can reach the team at [email protected].