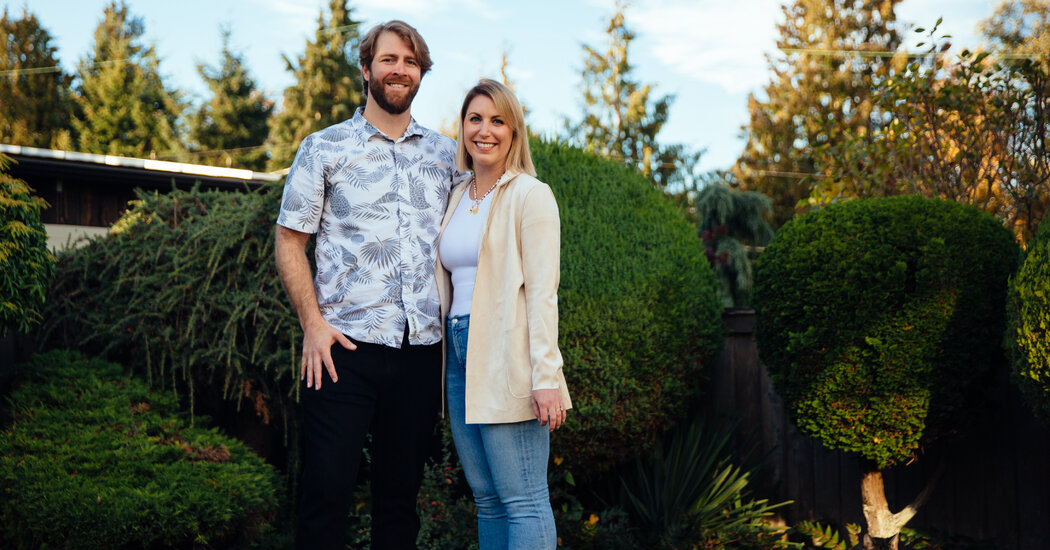 Lauren Held and Kyle Frederick didn’t think they could afford to own a home anytime soon, especially in Seattle’s pricey housing market.

Dr. Held, 35, a clinical pharmacist who works as a medical science liaison in hematology, and Mr. Frederick, 34, an accountant, had been renting a house in Phinney Ridge, a lakeside neighborhood in north central Seattle. They liked the area, but last year, as houses around them began to sell for “insane amounts over ask,” as Dr. Held put it, they figured they would have to move.

“It seemed way too competitive, with way too much tech money all around us,” she said.

Over the summer, though, Mr. Frederick began to notice that some listings were sitting on the market for long stretches, often with price reductions. Home prices were cooling quickly in the Seattle metro area, with rising borrowing rates dampening demand and pushing the median home price down from $820,000 in March 2022 to about $760,000 in September, according to Redfin data.

So the couple, both North Carolina natives, started casually hunting for a house to buy, hoping something would work out. They contacted Katy Roberts, a broker with Compass, and tried to settle on a budget.

[Did you recently buy or rent a home? We want to hear from you. Email: [email protected]]

“The market was softening,” Ms. Roberts said. “But we were still seeing multiple offers.”

They wanted to stay in north Seattle, preferably in an area like Phinney Ridge. “We were living in a neighborhood that was great for walkability,” Dr. Held said. “There’s a lake called Green lake. That was kind of our cutoff point.”

They settled on a budget of about $1 million, and Ms. Roberts was able to show them several homes in that range — although she warned them they might have to go a bit higher. The pandemic market was cooling, but homes in north Seattle were still going for over asking price. “A few homes they were interested in received multiple offers,” she said, “and sold for 10 to 15 percent over list price.”

Jagannath Temple Puri to remain closed on Sundays for disinfection