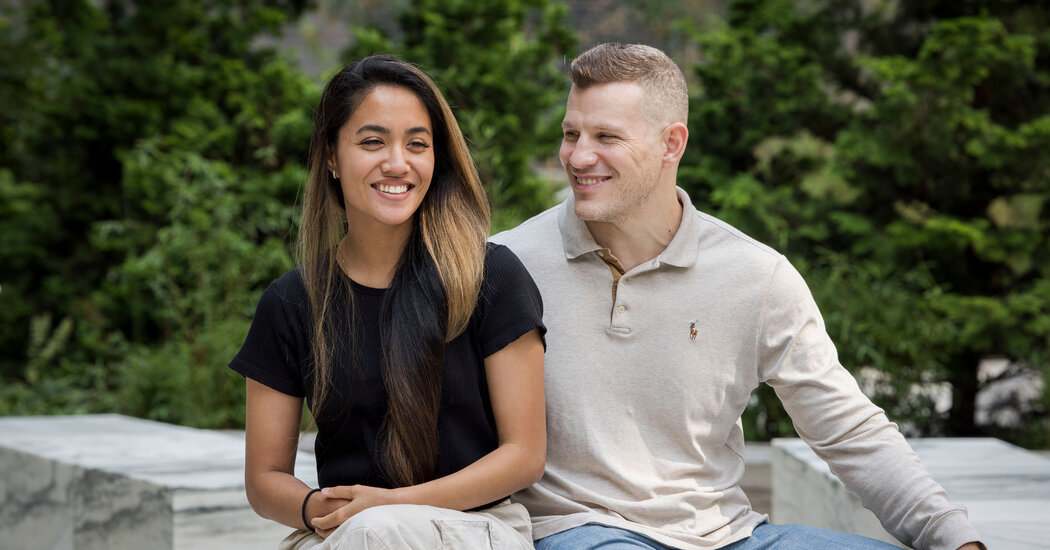 When Anjali Ramani and Konstantinos Koiliaris set out to look for a new home last summer, they knew they wanted something turnkey, with good light and at least 1,000 square feet. But they had one more prerequisite, and it was a detail many brokers have never encountered: The front door could not face south or west.

Ms. Ramani, 26, was born in Singapore to an Indian family committed to Vastu Shastra, the ancient Indian philosophy of architecture and design. Adherents believe that structural details, lighting and furniture placement affect a home’s energy and, by extension, the well-being and prosperity of those living inside.

“I was familiar with Vastu, but this was the first time that I had clients it was so important to,” said Richard Murray, an agent with Keller Williams, who helped them search. “I probably looked at more apartments with them than with maybe any other couple I’ve ever worked with.”

Vastu guidelines put a premium on central spaces and the direction of light, so the placement of a home’s entry is critical. “When my parents checked, they told us the door either had to face north or east to be good for us and to bring us happiness,” Ms. Ramani said.

Mr. Koiliaris, 36, an engineer for Goldman Sachs, added: “It was one of the biggest deal-breakers.”

[Did you recently buy or rent a home in the New York metro area? We want to hear from you. Email: [email protected]]

The couple, who are boxing enthusiasts, met at a boxing club at the University of Illinois Urbana-Champaign, where Ms. Ramani was an undergraduate and Mr. Koiliaris, who grew up in Greece, was completing his graduate studies in computer science. By the summer of 2021, they were living in a one-bedroom rental in Battery Park, Manhattan, and thinking they would rather pay down a mortgage each month than pay rent. With an initial budget of around $1.2 million, they planned to hunt for places within a 30-minute commute of Mr. Koiliaris’s office near the World Trade Center.

“We always thought we’d start with something small, maybe just try to get our hands on a one-bedroom, and go from there,” Ms. Ramani said. “But my parents were really excited, and they wanted us to not only get something new we would love, but something that would be good for us for the future.”

With a new approach to budget and bedroom count, they began looking at properties in Lower Manhattan and the waterfront Brooklyn neighborhoods of Dumbo and Williamsburg. All the while, they had a key third resident in mind: their 7-year-old rescue dog, Hades, a 110-pound Malamute/Malinois mix.

Hades can get nervous around new humans and in crowded places, so the couple checked listings for nearby dog parks. They also avoided high-rises, because they wanted to have the option to take the stairs if Hades was uncomfortable on the elevator.

“A lot of our house-hunting was actually about his preferences,” Ms. Ramani said.

Before heading out to see each listing, they would check door placement by consulting Google Maps if the property was a townhouse, or by looking at floor plans if it was a condo.

“We looked at a wide variety of homes, and we talked more about light, outdoor space, location, amenities, dog friendliness and, of course, price,” Mr. Murray said. Still, “Vastu was the lens they viewed the properties through.”

Premature, unrealistic to think COVID-19 will end soon: WHO

All’s not well within MVA? Congress says will try to form next govt in...