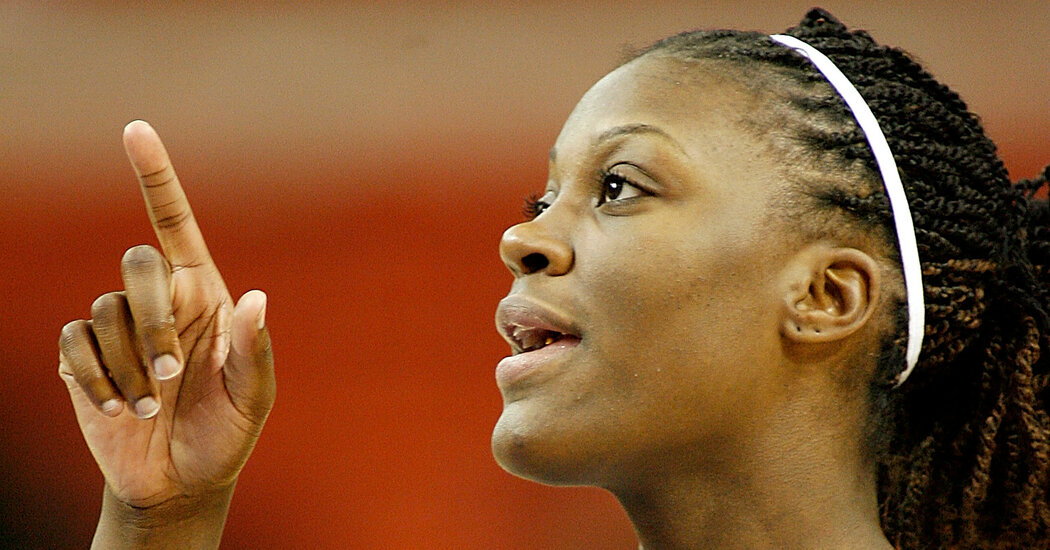 She was an All-American in college and spent nine years as a pro. “I don’t think I’ve seen a player as competitive,” her college coach said.

Tiffany Jackson, an All-American forward for the University of Texas women’s basketball team who went on to play nine seasons in the W.N.B.A., died on Monday in Dallas. She was 37.

The cause was cancer, the university said.

Jackson noticed a lump in one of her breasts in 2015 while she was playing overseas in Israel during the W.N.B.A. off-season. She put off being tested until she returned to the United States and, even then, not until after the start of the season for the W.N.B.A.’s Tulsa Shock.

“I didn’t let my teammates know until the playoffs,” she told ESPN in 2016, “because I knew I was going to have to go back to Dallas, after Game 2, win or lose, to start treatment. I ended up telling everybody via mass text, because I was afraid if I did it in person, I would just break down.”

Jackson was a powerhouse player at the University of Texas, where she was the only women’s basketball player in the school’s history to score at least 1,000 points, grab 1,000 rebounds and have 300 steals and 150 blocks. She is ranked fifth overall in points with 1,197.

“What made her stand out was her versatility,” Jody Conradt, who coached the Texas women’s team from 1976 to 2007, said in an interview. “She was 6-3, very mobile and could play multiple positions. But that was secondary to her competitiveness — I don’t think I’ve seen a player as competitive as Tiffany.”

In her four years at Texas, Jackson averaged 15.6 points and 8.4 rebounds a game. As a freshman she helped lead the team to the Sweet 16 round of the N.C.A.A. women’s basketball tournament in the 2003-4 season.

Tiffany Jackson was born on April 26, 1985, in Longview, Texas. Her mother, Cassie Brooks, had played basketball for the University of New Mexico; her father, Marques Jackson, had been a tight end at the University of Tulsa.

At Duncanville High School, near Dallas, Tiffany led the Pantherettes to a state title in 2003, scoring a team-high 16 points in the championship game, shortly after being named a McDonald’s All-American.

Jackson was recruited vigorously by more than 60 colleges. One coach said that the school that signed her would become an instant championship contender.

“That’s a big statement to make, and I feel good that people think that much of me,” Jackson told The Austin American-Statesman in 2003. “It makes me want to work harder to prove them right.”

While the Longhorns never won a national title, Jackson’s star was undiminished. Drafted by the New York Liberty with the fifth overall pick in the 2007 W.N.B.A. draft, she played with the team until she was traded to the Tulsa Shock (now the Dallas Wings) in 2010. She played a final season with the Los Angeles Sparks in 2017.

Jackson took off the 2012 season to give birth to her son, Marley. She sat out the 2016 season for breast cancer treatment, which included radiation and a mastectomy.

“After that first month, never in my mind did I think I wasn’t going to play again,” she told USA Today in 2017. “So throughout my entire treatment, I was always working out. It was something that kept me going.”

Information about her survivors was not immediately available.

After retiring as a player in 2018, Jackson became an assistant coach for two seasons at the University of Texas. This year, she was named head coach of the women’s basketball team at Wiley College in Marshall, Texas. She died before she could coach a game for the team.