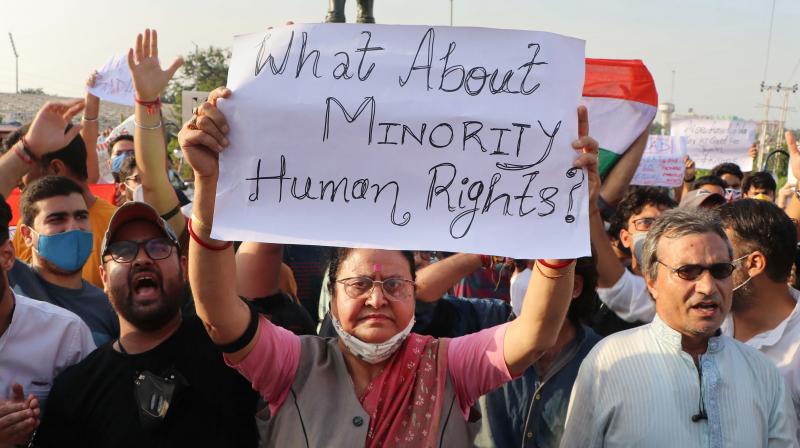 < img src ="https://timesnewsnow.com/wp-content/uploads/2021/10/rwvxF1.jpeg"class ="ff-og-image-inserted"> Srinagar: The National Examination Company (NIA) authorities on Sunday questioned about 2 lots individuals, primarily teachers working at government-run schools in Kashmir Valley, in connection with the recent spate of target killings in and outside Srinagar.

Meanwhile, the NIA sleuths on Sunday robbed and browsed seven areas in the Valley and jailed 2 supposed operatives of The Resistance Front (TRF) in connection with a different case of horror preparation. The authorities have, however, alleged that the TRF which, according to them, is really an “spin-off” of proscribed Lashkar-e-Tayyaba (LeT) organisation, is behind the target killings and lots of other terror activities in J&K.

Though the cases of current target killings for which FIRs stand signed up at concerned authorities stations are presently being examined by the Jammu and Kashmir cops, the official sources said that NIA, the country’s premier counter-terrorist job force, may soon be asked to take over the probe.

The National Investigation Act, 2008 gives the firm powers to take suo motu cognisance of horror activities in any part of the nation and register a case. In 2019, the act was changed to expand the kind of offences the agency might investigate and prosecute such fear cases.

Individually, counter-militancy heads of the Intelligence Bureau (IB) and the Research & & Analysis Wing (R&AW) who had together with senior officers of the NIA reached here from New Delhi earlier on Union Home Minister Amit Shah’s directions have had a series of meetings with the officers of the J&K police and various main security forces and intelligence agencies to review the scenario as tensions in the Valley continue over the target killings.

What, nevertheless, seems a cause for more severe concern for the authorities is the killings of a widely known chemist Makhan Lal Bindroo, street-hawker from Bihar Virendra Paswan and teachers Supinder Kour and Deepak Chand have actually sent out panic through minority population and numerous households of mainly Kashmiri Pandits have actually left the Valley for Jammu over past 2 days.

These families are really of civil servant and teachers who completely live in Jammu however operate in the Kashmir Valley and are, for that reason, called ‘migrant workers’. While a few of these employees are returning to Jammu, some others are seeking transfer and lots of are remaining away from work over security concerns. The Kashmir Gurudawara Prabandak Committee (GPC) and likewise the All-Parties Sikh Coordination Committee had earlier today announced that the Sikh staff members of the J&K government and numerous Central departments and firms in restive Valley will keep away from work from Monday unless and up until the government guarantees their security.

A report had actually stated that the ‘migrant staff members’ of the J&K government are availing a 10-day special leave to go back to Jammu in the middle of rising security-fears. But a main spokesman stated in Srinagar on Sunday that the government has actually not provided any order for special leave. “The news products appearing on web portals, newspapers and social networks platforms are factually inaccurate and misleading”, the representative said.

Numerous Kashmiri political celebrations had on Friday vowed not to enable a repeat of the 1990 when large majority of Kashmiri Pandits and numerous other Hindu families had moved out of the Valley to leave violence and prompted the government to initiate necessary steps including improving security to prevent fresh exodus.

Previously, the J&K authorities had looked for to resolve the notion that the minority Hindus and Sikhs are the prime target of militants, saying that just 7 of the 28 civilians killed by them, up until now, this year belonged to these communities while the rest were local Muslims.

The NIA had on Saturday summoned forty instructors for questioning at its regional office positioned along Srinagar’s Church Lane on Sunday and Monday in connection with the target killing of Kour, the principal of the Government Boys Greater Secondary School in Srinagar’s Sangam, Eidgah location, and instructor Deepak Chand. The duo was reportedly segregated from the Muslim personnel of the school and after that shot dead in point blank variety by a group of shooters on Thursday early morning.

The local authorities have actually taken a number of hundred individuals into custody following the murder of 7 civilians in terror attacks in and outside Srinagar past week. The majority of the detainees owe obligation to the Jama’at-e-Islami, the Hurriyat Conference and other likeminded organisations or are previous stone-pelters or thought Over Ground Workers (OGWs) of militant outfits. They have been apprehended “as part of the examination to break the chain of attacks in the Valley”, the sources said.

On the other hand, the NIA on Sunday stated that the raids and searches it performed at seven places in Srinagar, Baramulla and Kulgam districts of the Valley related to a ‘LeT- TRF conspiracy case.’

It stated that the case was at first signed up as (FIR no. 234/2021) dated June, 27 2021) at the Police Headquarters Bahu Fort (Jammu), connecting to the healing of an Improvised Explosive Device (IED) from an LeT militant in Jammu’s Bathindi location on June 27 this year. The device, it stated, was to be used for a horror act in J&K. However, the probe was later on handed over to the NIA as the IED was recovered hours after the Air Force Station in Jammu had actually come under a drone attack. After registering a case on July 19, the NIA detained 3 declared LeT cadres.

It said that the 2 TRF ‘operatives’ jailed by it on Sunday are Tawseef Ahmed Wani, a homeowner of Bangdara village of Baramulla, and Faiz Ahmed Khan of village Panzat in Anantnag.

It likewise stated that during the searches lots of digital gadgets consisting of mobiles, pen drives, information storage devices and other “incriminating” products were confiscated. It claimed that the investigation into the case has revealed that Pakistan based handlers of the LeT and their associates based in J&K had conspired to perform extensive horror activities in J&K to cause harm to general public. “They had actually prepared that obligation for the terror acts so dedicated would be taken by the pseudo-acronym TRF so regarding maintain plausible deniability and evade law enforcement agencies.”