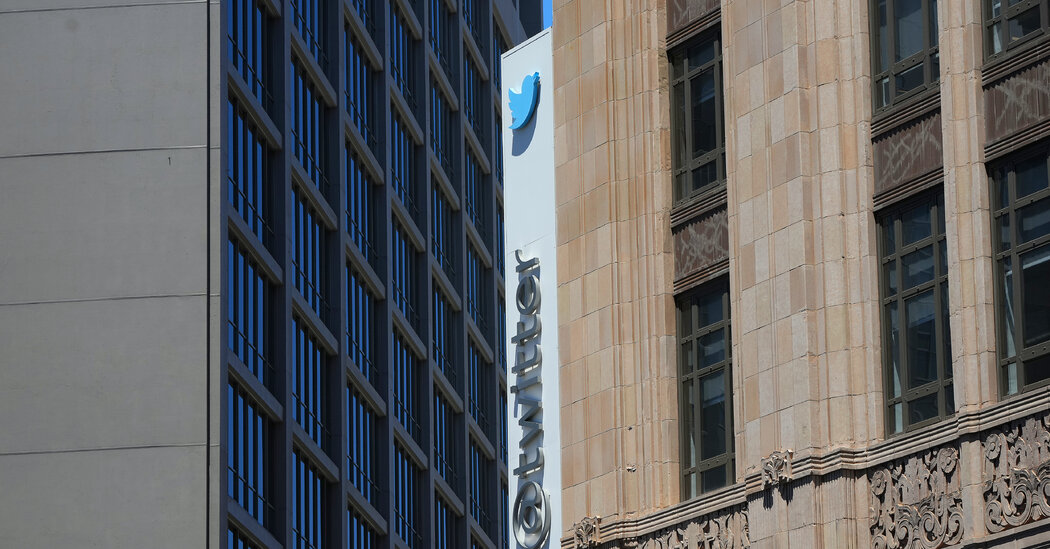 SAN FRANCISCO — Was he a cunning spy who traveled the world to meet with his handlers and established a shell company to hide his money? Or was he a dutiful Twitter employee who handled requests from V.I.P. users and became a scapegoat when the government allowed the true spies to slip through its fingertips?

Those are the central questions in the trial that began on Thursday for Ahmad Abouammo, a former Twitter employee accused of spying on users on behalf of Saudi Arabia. In 2019, Mr. Abouammo was arrested and charged with committing wire fraud and acting as an agent of a foreign government without disclosing that work.

In opening statements in federal court in San Francisco, the Justice Department described Mr. Abouammo as an agent of Saudi Arabia who had used his internal access to dig up the personal information of dissidents on Twitter. He wanted money and proximity to power, prosecutors said. But lawyers for Mr. Abouammo argued that he had called up users’ information as part of his normal duties and had not provided it to Saudi officials.

“Power. Greed. Lies. This will be the story told by the evidence,” said Colin Sampson, an assistant U.S. attorney.

Mr. Abouammo maintained a close relationship with Bader Binasaker, who was a top adviser of Saudi Arabia’s Crown Prince Mohammed bin Salman, the government said. Prosecutors displayed a photo of Mr. Abouammo and Mr. Binasaker standing in front of a wooden sculpture of the Twitter logo during a tour of the company’s San Francisco headquarters. The men also met in London, where Mr. Binasaker gave Mr. Abouammo a luxury watch.

“He wanted to recruit a mole,” Mr. Sampson said of Mr. Binasaker. After receiving the watch, Mr. Abouammo began looking up information about a pseudonymous Twitter account that was critical of the Saudi government, Mr. Sampson said.

When he quit his job at Twitter in 2015, Mr. Abouammo connected Mr. Binasaker with another employee, Ali Alzabarah, who would continue sharing dissidents’ information, prosecutors said. He also contacted other Twitter employees to pass along requests from Saudi officials.

But lawyers for Mr. Abouammo argued that he had been entitled to look at account information as part of his job at Twitter, and that he had not known about Mr. Binasaker’s affiliation with the Saudi government.

Twitter directed Mr. Abouammo to look into complaints about the pseudonymous Twitter account, a critic of the Saudi government known as Mujtahidd, Mr. Matthews said. The government had no evidence that Mr. Abouammo passed information about the account to Mr. Binasaker, he added.

“There’s a big difference between looking at an account and then providing information about it to someone,” Mr. Matthews said.

While Mr. Abouammo spoke with law enforcement officials who questioned him about his involvement with Mr. Binasaker, his former co-worker Mr. Alzabarah fled the country, Mr. Matthews said.

In 2018, The New York Times reported that Western intelligence officials had suspected Mr. Alzabarah was working with the Saudis in 2015 and warned Twitter executives about it. Mr. Abouammo’s former boss, Katie Stanton, testified that she texted the article to Mr. Abouammo when it was published.

“I did know Ali Alzabarah,” Mr. Abouammo wrote back. “Honestly never suspected him but how this reads, makes sense. Seems that this started after I left. Not sure.”

Ms. Stanton also testified that, while he worked at Twitter, Mr. Abouammo had emailed her to say he was building a “strong relationship” with the team of Prince Mohammed.

Lawyers for Mr. Abouammo pointed out that other Twitter employees responded to the email thread, praising Mr. Abouammo for his work and raising no alarms. They also questioned Ms. Stanton about her own connections with Saudi royalty, including Prince Alwaleed bin Talal, a significant investor in Twitter.

Ms. Stanton said that during her time working at Twitter, she attended a taco buffet dinner at Prince Alwaleed’s estate, took a camel ride and accepted a gift bag from him. “It was a bag of articles about himself. He had a book about himself and then a number of inserts about himself,” Ms. Stanton said. “It was in a big green bag with a logo of the Saudi Arabian government.”

“In part because Twitter doesn’t require you to use your real name, Twitter is frequently used by people engaged in dissent and political criticism,” said Yoel Roth, the head of safety and integrity at Twitter. “That’s a prominent use of our service by lots of people around the world.”

In 2014 and 2015, during Mr. Abouammo’s tenure at Twitter, about six million people in Saudi Arabia used the social media service, making up about 4 percent of its users worldwide, the Justice Department said.

The trial is expected to continue for about two weeks.