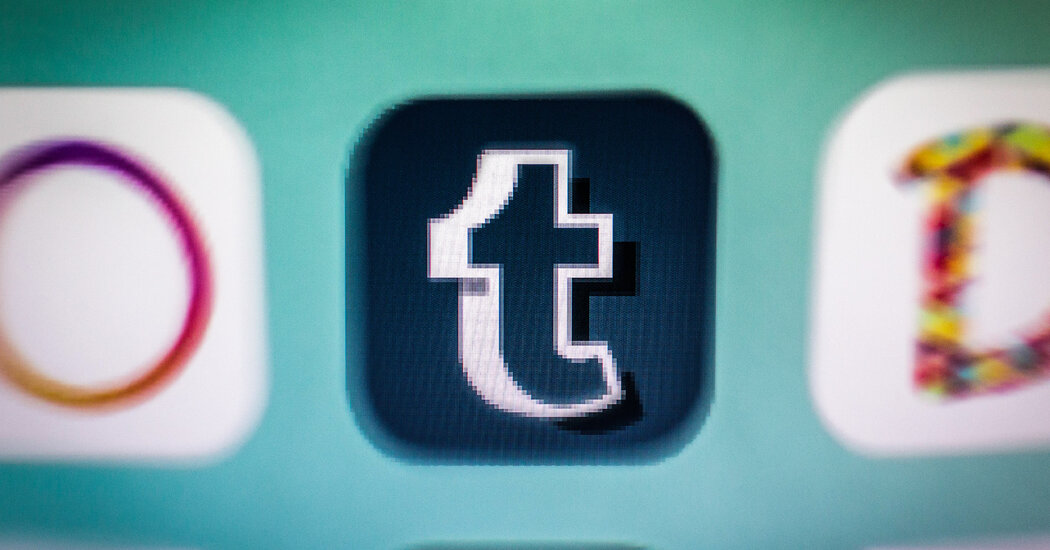 Reversing a 2018 ban, the company said that nudity and “mature subject matter” would be allowed. But “visual depictions of sexually explicit acts” remain off limits.

“We now welcome a broader range of expression, creativity, and art on Tumblr, including content depicting the human form (yes, that includes the naked human form),” the company wrote in a blog post on Tuesday.

That content, according to the company, can include “nudity, mature subject matter, or sexual themes,” as long as those posts are tagged with the appropriate community labels, a system Tumblr rolled out in September. However, as the post noted, “visual depictions of sexually explicit acts remain off-limits on Tumblr.”

The announcement amounted to an about-face for the company, which banned sexually explicit content in 2018. It defined the banned content at the time as photos, videos or GIFs that “show real-life human genitals or female-presenting nipples, and any content — including photos, videos, GIFs and illustrations — that depicts sex acts.”

“There are no shortage of sites on the internet that feature adult content,” Jeff D’Onofrio, Tumblr’s chief executive at the time, wrote in a blog post announcing the ban in December 2018. “We will leave it to them and focus our efforts on creating the most welcoming environment possible for our community.”

After the ban, Tumblr lost about a third of its users, accelerating a decline for the sharing and blogging site.

“A bunch of people immediately did not trust the platform,” said Casey Fiesler, an associate professor of information science at the University of Colorado, Boulder, who studies online communities.

Ownership of Tumblr has changed hands three times since it was founded by David Karp in 2007. The site was purchased by Yahoo in 2013 for $1.1 billion. In 2017, Verizon bought Yahoo, and Tumblr with it. In 2019, Verizon sold Tumblr to Automattic, the parent company of WordPress.com, for $3 million.

In the 2018 announcement, Mr. D’Onofio wrote that Tumblr was “relying on automated tools to identify adult content and humans to help train and keep our systems in check.” According to Professor Fiesler, those automated tools overshot their goals.

“The automated system was really, really bad,” she said. “It was flagging everything. You know, cartoons and random photos and all kinds of stuff.”

As a result, posts were removed that weren’t necessarily explicit, Professor Fiesler said, noting that L.G.B.T.Q. posts were often flagged as inappropriate while other content was not. People who wanted to share stories about their gender transitions found that their posts were being blocked. Even posts that did not feature explicit imagery, such as some fan fiction, were being taken down, she said.

Some users who left Tumblr were actually sharing explicit content, but many others were “people whose content was wrapped up in this really bad algorithm,” Professor Fiesler said.

According to a Tumblr user who posts under the name Minerva P. Kelley, a lot of users thought the mass exodus in 2018 spelled the end of the platform.

“A lot of people were like, ‘Well, goodbye Tumblr. Like, I guess this kills the site,’” Ms. Kelley, 27, of Los Angeles, said. “But a lot of Tumblr users are on there because it is a legitimately unique experience compared to the other apps.”

There has been renewed interest in Tumblr in recent years, especially among younger people. Of the 135 million monthly users, 48 percent are members of Generation Z, according to the company.

Ms. Kelley described Tumblr as more “egalitarian” than other social media sites, in part because users are not verified, most people don’t associate their accounts with their real names and follower counts are hidden. Sponsored posts are rare, so unlike on Instagram, users generally aren’t looking to make money.

“On Tumblr, we’re just a bunch of losers honking our clown horns at each other,” Ms. Kelley said. “There’s this sense of, you know, nothing really matters here.”

Protest, sloganeering in Rajya Sabha by resistance against Bill giving much more capabilities to...