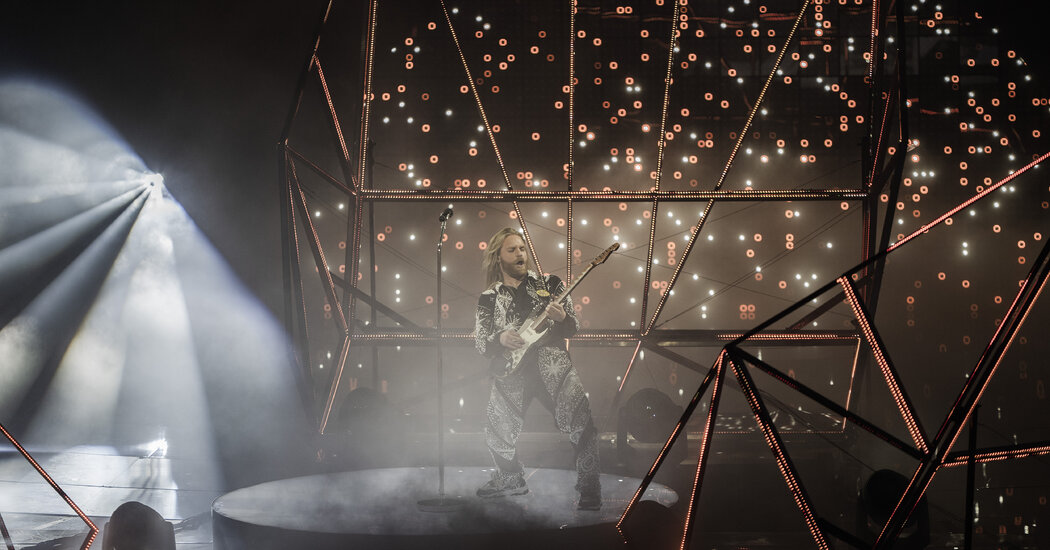 Organizers had ruled out Ukraine from hosting because of safety concerns from Russia’s ongoing invasion.

Britain, the runner-up of Eurovision 2022, will host the popular song contest in 2023 instead of war-torn Ukraine, which won the competition and the right to host next year’s event but was ruled out by organizers because of safety concerns.

The announcement on Monday made official what had been widely predicted since Ukraine won the event in May. Tim Davie, the director general of the BBC, said in a statement that the process of choosing a city to host would begin soon.

“Being asked to host the largest and most complex music competition in the world is a great privilege,” he said in the statement. “The BBC is committed to making the event a true reflection of Ukrainian culture alongside showcasing the diversity of British music and creativity.”

Officials and artists in Ukraine protested last month when the competition’s organizers, the European Broadcasting Union, said that Russia’s ongoing invasion meant Ukraine could not provide “the security and operational guarantees” needed to host the event. Ukraine had offered three potential locations that it said were safe from the fighting: Lviv, in western Ukraine; the Zakarpattia region which borders Hungary and Slovakia; and the capital, Kyiv.

Martin Österdahl, Eurovision’s executive supervisor, said in a statement on Monday that the 2023 contest “will showcase the creativity and skill of one of Europe’s most experienced public broadcasters whilst ensuring this year’s winners, Ukraine, are celebrated and represented throughout the event.”

Representatives from UA:PBC, a Ukrainian broadcaster, will work with the BBC on the Ukrainian elements of the show, Eurovision said in a statement. Mykola Chernotytskyi, head of the broadcaster’s managing board, said in a statement that the event “will not be in Ukraine but in support of Ukraine,” adding that organizers would “add Ukrainian spirit to this event.”

The competition invites artists from countries across Europe, plus some farther afield including Australia and Israel, to compete to be voted the best act. Over 160 million people watched in May as Kalush Orchestra, a Ukrainian rap act, was crowned the winner.

Britain has hosted eight times before, most recently in 1998. At least 17 cities in Britain have said they intend to bid for becoming the host city, organizers said.