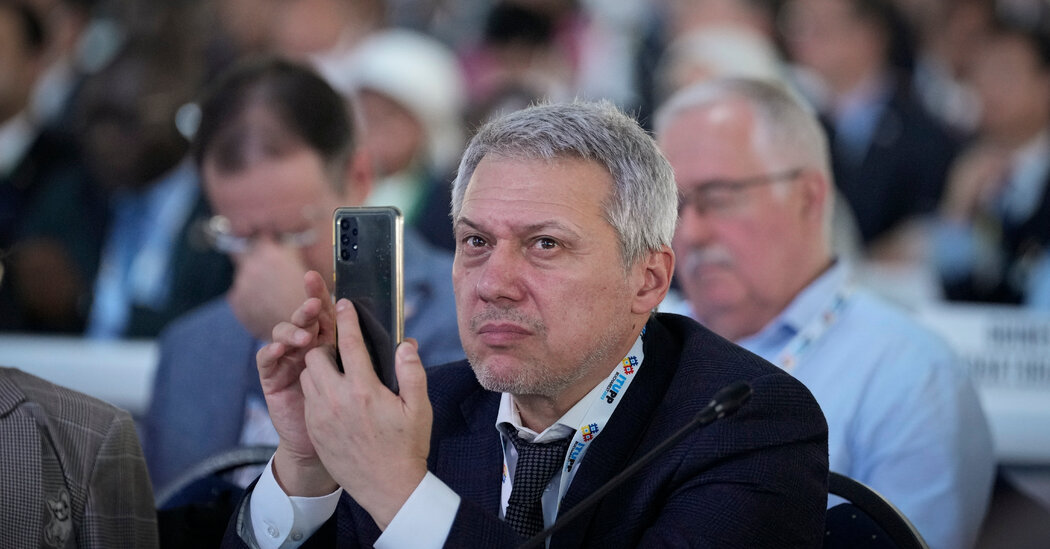 Member countries vote on Thursday for an American or a Russian to lead the International Telecommunication Union, which sets standards for new technologies.

WASHINGTON — The United States and Russia are tussling over control of a United Nations organization that sets standards for new technologies, part of a global battle between democracies and authoritarian nations over the direction of the internet.

American officials are pushing more than 190 other member countries of the International Telecommunication Union, a U.N. agency that develops technical standards for technology like cellphone networks and video streaming, to vote on Thursday for Doreen Bogdan-Martin, a longtime American employee, to lead the organization. She is running against Rashid Ismailov, a former Russian government official.

Whoever leads the I.T.U. will have power to influence the rules by which new technologies are developed around the world. While the organization is not well known, it has set key guidelines in recent years for how video streaming works and coordinates the global use of the radio frequencies that power cellphone networks.

The election has become a symbol of the growing global fight between a democratic approach to the internet, which is lightly regulated and interconnected around the world, and authoritarian countries that want to control their citizens’ access to the web. Russia has built a system that allows it to do just that, monitoring what Russians say online about topics like the invasion of Ukraine, while the United States largely does not regulate the content on social networks like Facebook and Twitter.

Some worry that Russia and China, which also has closed off its internet, could use the I.T.U. to reshape the web in their images. The two countries put out a joint statement last year calling for preserving “the sovereign right of states to regulate the national segment of the internet.” They said they were emphasizing “the need to enhance the role of the International Telecommunication Union and strengthen the representation of the two countries in its governing bodies.”

Erica Barks-Ruggles, a State Department official and former ambassador to Rwanda who is representing the United States at an I.T.U. conference this week, said the organization would help determine if people around the world could have affordable access to new technology and communicate across borders, and “whether their governments are able to disconnect them from the internet or not.”

“That’s why we’re putting time, money, energy into this,” she said.

The I.T.U. was founded in 1865 to tackle issues involving telegraph machines. It traditionally focused on physical networks rather than the internet, but has become involved in setting standards for everything from smart home devices to connected cars. The agency’s plenipotentiary conference, which takes place every four years, began on Monday in Bucharest, Romania.

At a recent conference in Kigali, Rwanda, the United States hosted a reception at the city’s conference center where attendees heard a pitch from Ms. Bogdan-Martin, saw a video endorsement from Vice President Kamala Harris and listened to music from a local band.

In response to emailed questions, Ms. Bogdan-Martin said she hoped her leadership of the I.T.U. could expand global access to the internet and improve transparency at the organization. She said she hoped to lead in “bringing an open, secure, reliable and interoperable internet to all people around the world.”

Moscow is supporting Mr. Ismailov, a former deputy minister for telecom and mass communications for the Russian government and a former executive at Huawei, the Chinese telecommunications company that American officials worry could leak data from its products to Beijing.

The Russian Embassy in Washington did not respond to a request for comment.

The proxy battle of the election may be the first of many more.

“I see the U.S. really engaged in a new kind of foreign policy attack, where they see our adversaries and our competitors are wanting to change the rules of the game to shut off access,” said Karen Kornbluh, a senior fellow at the German Marshall Fund.

French Protesters on Why They’re Marching in Paris

Gainers Losers: 10 stocks that moved most on June 29