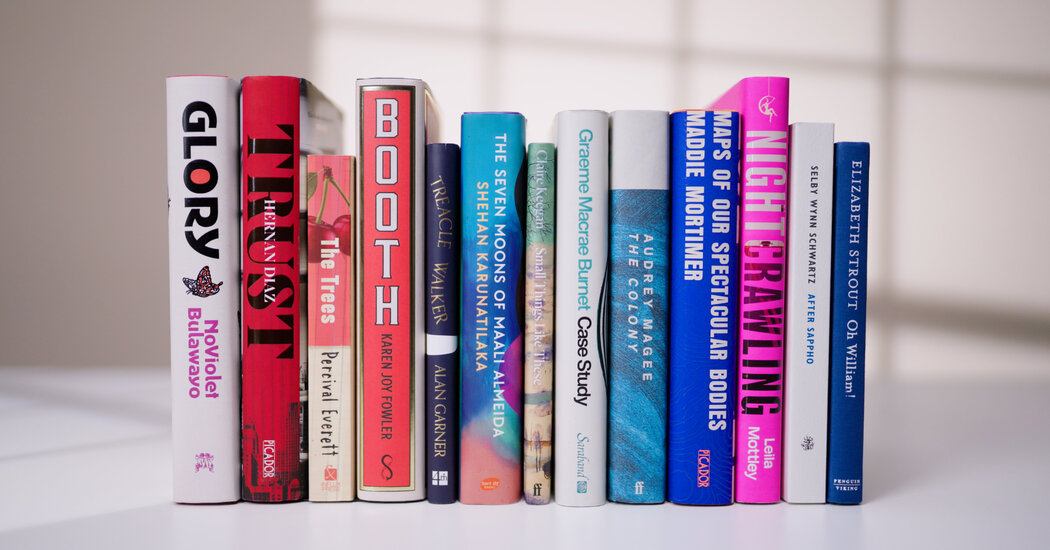 Six of the 13 writers in contention for the prestigious British literary award are from the United States, with novelists from Britain, Ireland and Zimbabwe also on the list.

LONDON — Elizabeth Strout, Karen Joy Fowler and Leila Mottley are among six American authors nominated for this year’s Booker Prize, which announced its nominees in a news release on Tuesday.

Strout, the highest-profile author on the 13-strong list, is nominated for “Oh William!,” a novel about a grief-stricken woman who helps her ex-husband investigate his family past; Karen Joy Fowler, for “Booth,” a fictional family portrait of the clan around the Abraham Lincoln assassin, John Wilkes Booth; and Leila Mottley, for “Nightcrawling,” a best seller about a desperate Black teenager in California who ends up in a sex-trafficking ring.

The other Americans nominated are Hernan Diaz for “Trust,” Selby Wynn Schwartz for “After Sappho,” and Percival Everett for “The Trees.”

The Booker Prize, one of the world’s most prestigious literary awards, is given each year to the author of a novel written in English and published in Britain or Ireland. It is well known for capping literary careers and making new stars, with recent winners including Margaret Atwood, Bernardine Evaristo and Douglas Stuart.

Until 2014, the prize was only open to authors from Britain, Ireland, the Commonwealth and Zimbabwe, but since that year, when it expanded to include authors of any nationality, Britain’s literary establishment has regularly agonized over the dominance of American authors on the Booker list. Tuesday’s announcement is likely to reinvigorate those concerns, although the nominees also include three British and two Irish authors, as well as NoViolet Bulawayo, from Zimbabwe, and Shehan Karunatilaka, of Sri Lanka.

The British writers on the list include Alan Garner, 87, who the Booker says is its oldest ever nominee, and who is well known in Britain as a pioneering author of children’s fantasy novels in the 1960s and 1970s.

The nominated novels are wildly diverse in subject matter. Bulawayo is nominated for “Glory,” an animal fable that follows the fall of a dictatorship; Maddie Mortimer is nominated for “Maps of our Spectacular Bodies,” a novel whose narrators include both a dying mother and the cancer that is killing her.

Neil MacGregor, the former director of the British Museum and the chair of this year’s judges, highlighted that variety in a news release announcing the nominees, saying the books included “story, fable and parable, fantasy, meditation and thriller.” Nevertheless, he said, two main themes were apparent: how “individual lives are shaped and determined by long historical processes,” and “the elusive nature of truth.”

“The extent to which we can trust the word, spoken or written, is in many of these books the real subject,” MacGregor said.

The Booker judges, who also include the critic Shahidha Bari and the novelist Alain Mabanckou, will now reread all the nominated books before whittling the selection to a six-title shortlist, scheduled to be announced on Sept. 6. The winning novel, whose author will receive a prize of 50,000 pounds, or about $60,000, will be announced Oct. 17 at a ceremony in London.

The full longlist is: