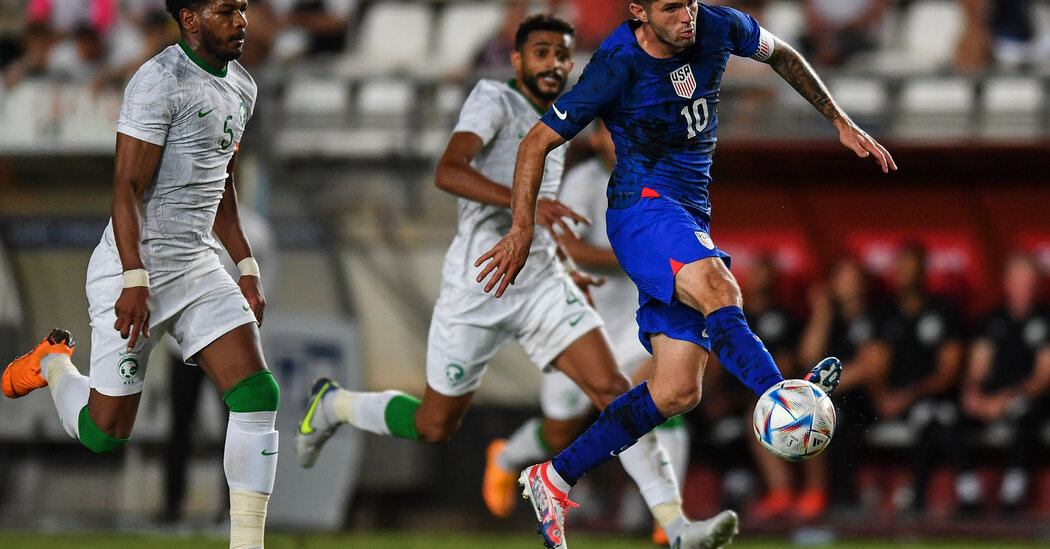 The team had a scoreless draw with Saudi Arabia to follow a 2-0 loss to Japan. In more ways than one, they were atypical of the send-off matches in World Cup years.

The United States men’s soccer team on Tuesday night closed a week-and-a-half-long training camp in Europe that was meant to serve as a fine-tuning period before the World Cup. But it instead raised a plethora of questions that will simmer before the team’s first match in Qatar.

The Americans tied with Saudi Arabia, 0-0, in Murcia, Spain, four days after falling to Japan, 2-0, in Düsseldorf, Germany. With the American men returning to soccer’s biggest tournament this year for the first time since 2014, the two limp performances will be seen as missed opportunities to build confidence within the largely unproven team and its apprehensive fan base.

No player distinguished himself — not anyone among the core of young starters, nor the fringe players fighting for some of the final roster spots. Weston McKennie and Tyler Adams, the team’s young, midfield linchpins, looked worryingly irresolute. Christian Pulisic, the star whose mood during a rough spell with his English club team has been breathlessly tracked by U.S. fans, missed the first match with an injury and failed to make any impact in the second.

What comes next? Those playing in M.L.S., which ends its season with a championship match on Nov. 5, are expected to be called in for a U.S.-based training camp in the weeks before the team’s opening match against Wales on Nov. 21. The many players based in Europe, though, will be arriving in Qatar directly from their clubs. That made it all the more important that the team show some growth this month in its last opportunity to play matches as a group — and all the more disappointing that it did not.

The two matches in some ways seemed suboptimal for simulating the typically high-strung experience of playing in a World Cup. The match in Düsseldorf took place in a nearly empty stadium, on a field that seemed to disintegrate as soon as the players stepped on it. In Murcia, the atmosphere was even quieter, reminiscent of matches played behind closed doors earlier in the coronavirus pandemic.

It was a far cry from the typical, celebratory send-off matches that teams have put together in past World Cup years, but it was necessary because of the odd, late-autumn timing of this edition of the tournament.

Still, no one around the team would use the conditions as an excuse for its lackadaisical showings. Players at this level can be expected to execute a game plan, to rise and meet the urgency of the moment.

Coach Gregg Berhalter at various points over the past week attributed some of the team’s shaky play to the players’ nervousness and stress about the roster-selection process. The level of stress will only grow during the group stage in Qatar, with the world watching and everything on the line.

As petrol skyrockets to Rs 100, PM Modi blames previous govts for not cutting...