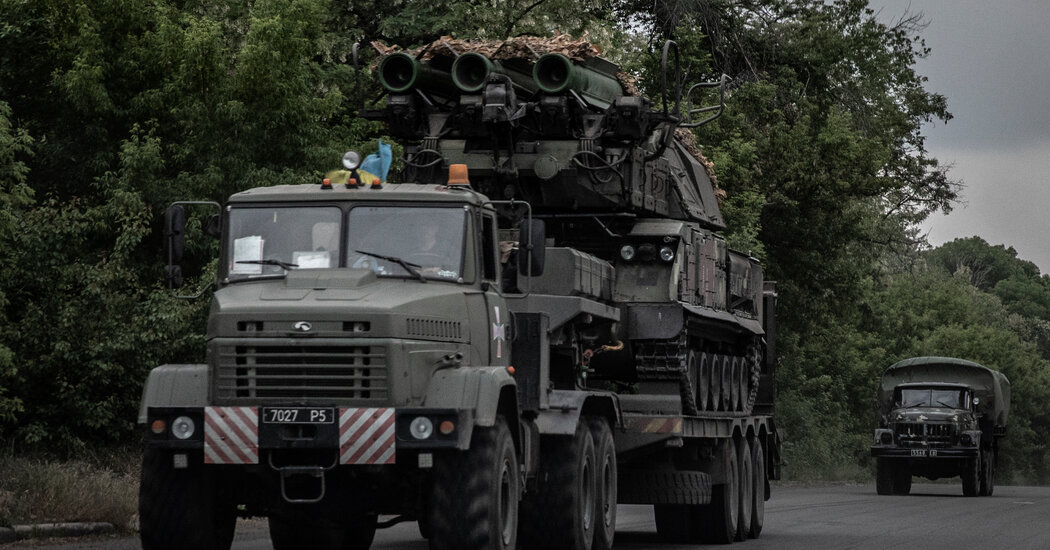 WASHINGTON — Days after Russia’s humiliating rout in northeastern Ukraine, the Biden administration said on Thursday that it would send an additional $600 million in military supplies to Ukraine, including more artillery ammunition.

The new shipment — which will also include counterartillery radar, counterdrone systems and mine-clearing equipment — continues the Pentagon’s recent trend of sending large amounts of ammunition that Ukraine needs to carry out heavy fighting in the country’s south, east and northeast.

The latest drawdown of military goods from Pentagon stockpiles — the 21st since the invasion began in February — was announced just hours after President Vladimir V. Putin of Russia and his Chinese counterpart, Xi Jinping, held their first face-to-face meeting since the war began, amid signs that Moscow lacked the full support of its most powerful international ally following Ukraine’s stunning comeback in the country’s northeast.

“We are delivering the arms and equipment that Ukraine’s forces are utilizing so effectively as they continue their successful counteroffensive against Russia’s invasion,” Secretary of State Antony J. Blinken said in a statement. “President Biden has been clear we will support the people of Ukraine for as long as it takes.”

Notably, this shipment did not include the MGM-140 Army Tactical Missile System, or ATACMS, long-range guided missiles that can strike targets up to 190 miles away.

Since Ukraine’s successful offensive, President Volodymyr Zelensky has renewed his request for ATACMS from President Biden, but so far has been rebuffed. The Pentagon has instead provided thousands of satellite-guided rockets and 16 High Mobility Artillery Rocket System launchers, or HIMARS, to fire them. Those rockets have struck more than 400 Russian ammunition depots, command posts and radars.

The HIMARS can carry six guided rockets at a time, each of which can strike targets nearly 50 miles away — a range that Pentagon officials say covers the vast majority of Ukraine’s intended targets. By comparison, a HIMARS launcher can carry only one of the larger ATACMS missiles at a time before needing to reload.

The new shipment also includes additional guided rockets for the HIMARS, as well as 36,000 rounds for 105-millimeter howitzers, and 1,000 precision-guided 155-millimeter shells, according to a Pentagon statement. Both weapons systems have become staples in Ukraine’s Western-supplied arsenal against Russia.

The United States has now committed $15.1 billion in military aid to Ukraine since the invasion — more than 40 percent of which has come in the past six weeks.

Ukrainian and American officials said the now weekly or biweekly Pentagon announcements of new shipments of weapons and munitions from American inventories have given Kyiv’s senior commanders the confidence to plan complex simultaneous offensives, like those in Kherson in the south and near Kharkiv in the northeast.

Those operations were discussed in a phone call Thursday between Jake Sullivan, Mr. Biden’s national security adviser, and Gen. Mark A. Milley, the chairman of the Joint Chiefs of Staff, and their Ukrainian counterparts, according to a statement from General Milley’s office that provided no other details.

The Word of the Year Is ‘Uncertainty’