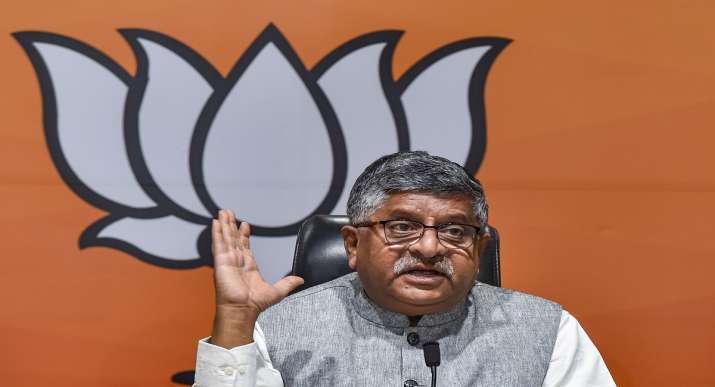 Training its guns on Maharashtra Chief Minister Uddhav Thackeray, the BJP said on Monday that he has forfeited the moral authority to govern after the Bombay High Court asked the CBI to probe allegations of corruption against Anil Deshmukh.

So many major incidents have happened under his government, Prasad said, referring to the Sachin Vaze case and former Mumbai Police commissioner Param Bir Singh’s corruption allegations against Deshmukh.

“He has forfeited moral authority to govern. Democracy is run by the standards of probity and propriety,” Prasad said, adding the “consistent conspicuous silence of Uddhav Thackeray is by itself raising a lot of questions”.

Taking a dig at the chief minister, he said Deshmukh met NCP president Sharad Pawar and sought his permission before resignation while Thackeray has kept quiet.

Noting that the High Court has asked the CBI to do a preliminary enquiry, Prasad said all facets and linkages of the matter should be investigated and those involved brought to book.

The National Investigating Agency, which is probing the discovery of explosives outside industrialist Mukesh Ambani’s home and the suspected murder of businessman Mansukh Hiren, has unravelled many layers of the Sachin Vaze case, he noted.

The union minister wondered if Deshmukh was allegedly extorting money through Vaze for himself, his party NCP or the state government.

“Surely there may be many linkages. We expect all the linkages of this shameful conduct of corruption to be investigated properly. We believe all this chain points to a conspiracy of loot in which Waze is a common factor. Who was giving patronage to whom, who was shielding whom? All aspects should be probed,” he said.