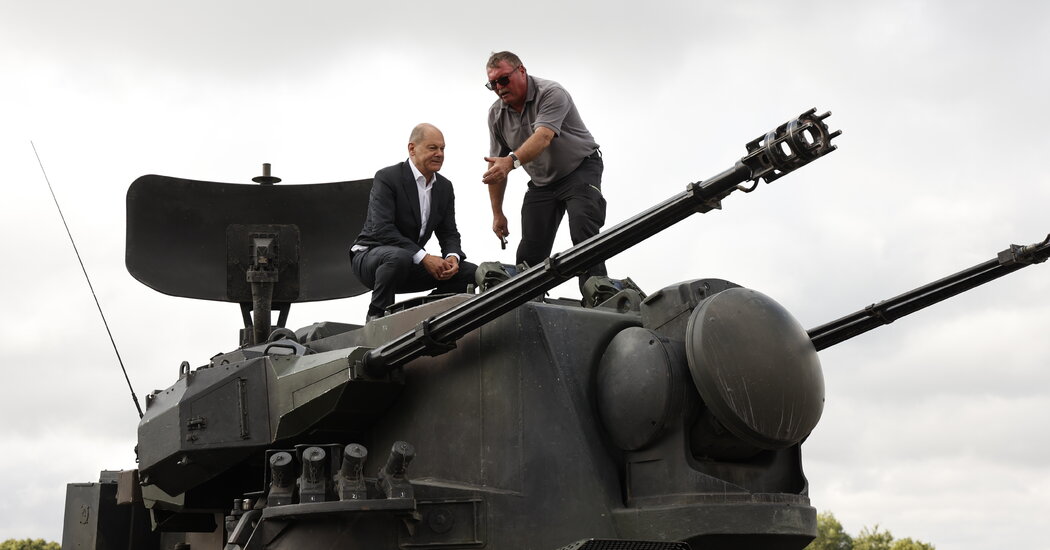 Ukrainian forces’ swift advance in the northeast has increased the pressure on Germany, Europe’s largest economy, to move faster with the delivery of heavy weapons.

The outspoken mayor of Kyiv, Ukraine’s capital, Vitali Klitschko, used the opportunity to remind Berlin that Western weapons were crucial to his country’s continued military success and urged Germany leaders to speed up a shipment of German battle tanks.

“My request to the German government is: deliver what you can to drive the Russian soldiers out of our country quickly,” he said.

When Russia invaded Ukraine in February, Chancellor Olaf Scholz of Germany surprised the world, and his own country, by announcing a 100-billion-euro plan ($101 billion) to rearm Germany and to send weapons to Ukraine, ending a decades-old taboo against supplying arms to foreign countries.

Six months later, many weapons Germany promised Kyiv have yet to arrive. Mr. Scholz has not fully explained the delays, and has not widely publicized the German weapons that have been delivered.

During a visit to Kyiv on Saturday, Germany’s foreign minister, Annalena Baerbock, sounded noncommittal when her Ukrainian counterpart explicitly asked for Leopard tanks.

“As the situation on the ground changes, we keep looking at our support and will discuss further steps together with our partners,” she said. “I know that time is of the essence. The next few weeks and months will be crucial.”

But on Sunday, amid Ukraine’s stunning gains on the battlefield, there were signs that Germany’s effort to aid Ukraine might speed up.

“In this new phase of the war, Ukraine needs weapons that will enable it to liberate Russian-held territory and keep it under permanent control,” said Michael Roth, a lawmaker from Mr. Scholz’s Social Democratic Party and the chairman of the foreign affairs committee in the German Parliament. “This would not have been possible without the delivery of modern Western weapons — also from Germany.”

Kasganj: Man involved in killing of constable neutralised in encounter