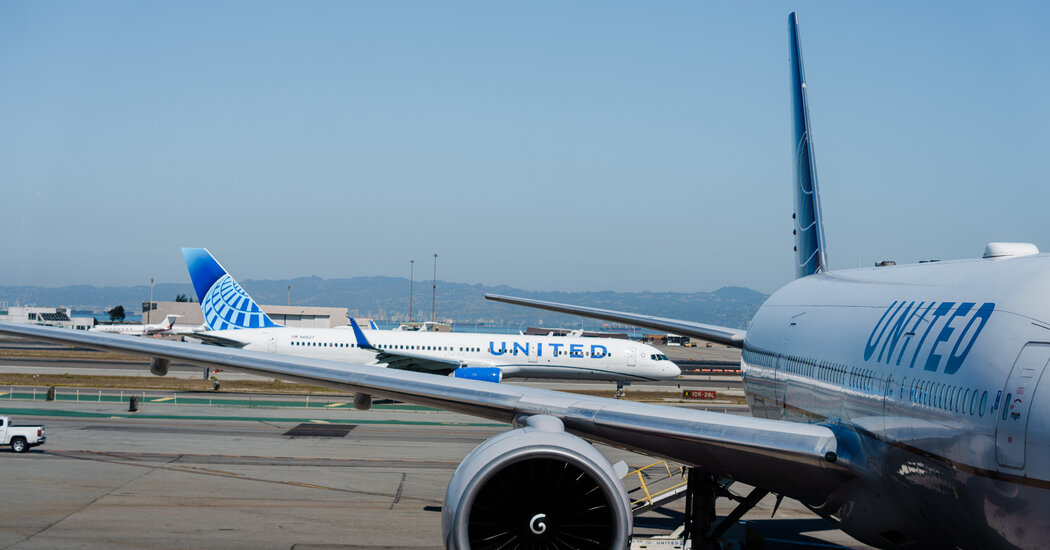 United Airlines on Wednesday reported revenue of $12.1 billion in the three months that ended in June, its largest quarterly haul in at least a decade and the most it has ever earned in the second quarter of a year.

High costs put a damper on the good news, however, holding profit to $329 million, after a loss of nearly $1.4 billion in the first quarter.

The airline said it expected the economy to slow “in the near to medium term.” And its chief executive, Scott Kirby, said in a statement that the possibility of a recession, high fuel prices and the industry’s struggles to keep operations running smoothly posed threats to the industry over the next six to 18 months. But United said it was optimistic nevertheless, given the strength of the travel recovery.

United said it expected operating revenue in the third quarter, which ends in September, to be up about 11 percent from the same quarter in 2019.

The earnings report, delivered after the close of regular trading, sent United shares down more than 6 percent.

After more than two lackluster years, airlines are enjoying a travel boom. But staffing shortfalls, high costs and other challenges have held the industry back, forcing many carriers to rein in their ambitions to limit operational meltdowns.

Delta reported a profit of $735 million in the second quarter. But that was paired with high costs, in part because of investments it made to improve operations.

Airlines have been able to recoup some of those costs through higher fares. After falling somewhat from a May peak, the average price for a domestic flight was $310 last week, up about 16 percent from the same time in 2019, according to Hopper, a travel booking and price-tracking app. The average fare for an international flight was $827, up 26 percent from 2019.

Like other carriers, United has been racing to increase staff to take advantage of recovering demand. Last month, it announced the expansion of a pilot training center in Denver, part of a plan to hire thousands of pilots by 2030.

The airline is scheduled to hold a call with investors, analysts and reporters on Thursday to discuss its quarterly results and its outlook for the third quarter. American Airlines and Alaska Airlines are scheduled to report second-quarter results on Thursday.

Twitter requests for formal dialogue over ban on accounts, Govt responds via Koo