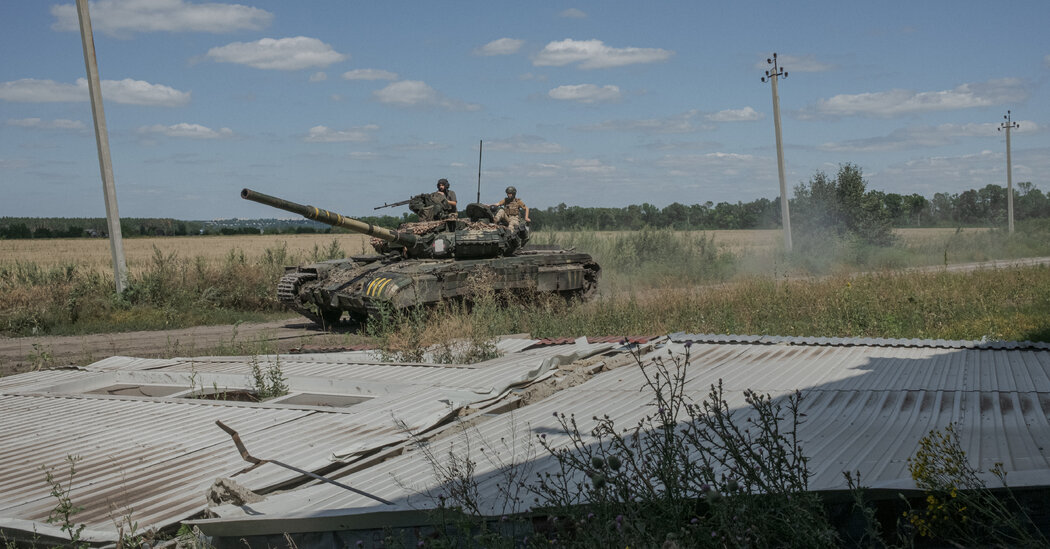 Ukraine made small but steady gains in the southern region of Kherson, a port city in the south where thousands of Russian soldiers are now largely isolated after Ukrainian strikes on key supply routes.

A senior U.S. Defense Department official acknowledged those advances at a news briefing on Friday and said there was growing evidence that steep Russian losses had left some units ill-prepared to fight.

The official described Russia’s recent efforts as a failure both on the battlefield and at home, where Moscow’s rhetoric about its ambitions in Ukraine has grown more bombastic in recent days. Senior Kremlin officials have talked of regime change in Kyiv, and Prime Minister Dmitri Medvedev of Russia posted a map on his Telegram channel depicting a Ukraine swallowed up by Russia and its neighbors.

Although Russia’s forces are trying to push deeper into the Donetsk region of eastern Ukraine, they have not been able to break through Ukrainian defenses, according to Ukrainian and Western officials.

“Throughout July, the occupiers have been trying to storm Donetsk region,” Serhii Haidai, the head of the military administration in neighboring Luhansk Province, said in a statement. But unlike with the Russians’ push in the spring and early summer, when they could use their significant artillery advantage to flatten areas before advancing, Mr. Haidai said the Ukrainians’ destruction of Russian ammunition depots had “made it much more difficult for them to replenish arms stocks and maneuver.”

Still, he said, Russian forces continued “to destroy settlements, employing barrel and jet artillery.” At least six civilians were killed and 15 others were injured by Russian shelling in the Donetsk region on Friday, local Ukrainian officials said.

On the southern front, at least one civilian in the port city of Mykolaiv died when a Russian missile struck a high-rise building overnight, according to Vitalii Kim, the local governor.

Residents of Nikopol — a town just across the Dnipro River from Russian-controlled territory surrounding the Zaporizhzhia nuclear power plant — weathered another night of heavy shelling. The attack hit more than a dozen residential homes and caused a widespread power outage, according to local officials.

The Ukrainians have accused the Russians of using the nuclear power plant as a military base, assuming that the Ukrainians will not fire on it given the risks involved. But Ukrainian officials said on Saturday that their country’s military had hit Russian positions in the town where the plant is located, Enerhodar.

“It was really hot in Enerhodar, literally,” the town’s exiled mayor, Dmytro Orlov, said in a statement. He said three units of Russian military equipment, parked at the entrance to a local hotel, had been destroyed.

While the Russians were working to repair a vital bridge over the Dnipro River further south near the city of Kherson, the Ukrainians said that it remained impassable and that Russian forces based on the western side of the river were largely isolated from resupply and support.

Kunal Kemmu deadlifts 150 kilos of weights, says ‘It’s an exercise that I really...