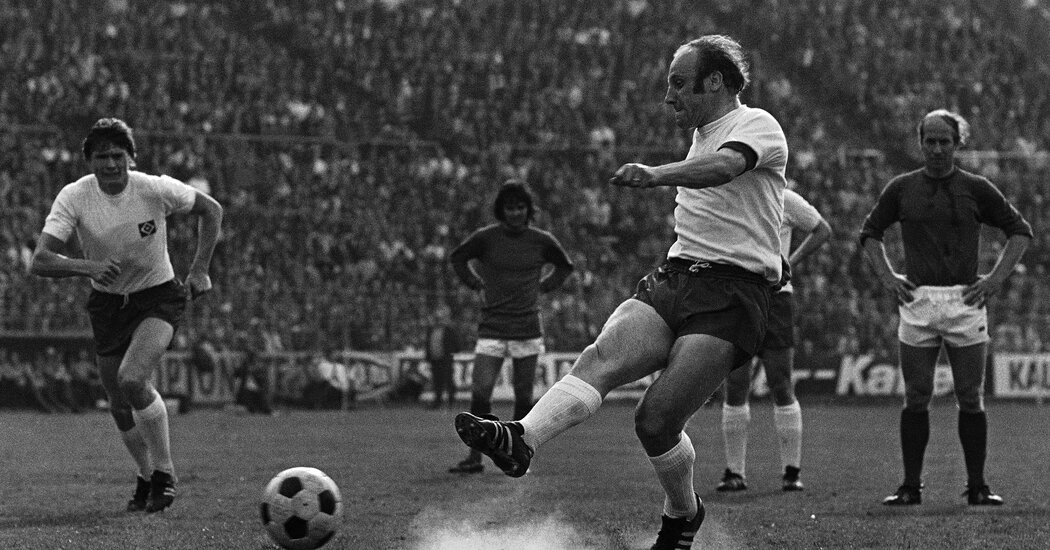 He led West Germany to the 1966 World Cup, but his teams never won a title. Pele included him on his list of the world’s premier living players.

Uwe Seeler, who led West Germany to the 1966 World Cup final as captain of the national team, has died. He was 85.

Christian Pletz, a spokesman for Hamburger SV, the club Seeler played for from 1953 to 1972, said on Thursday that Seeler’s family had confirmed the death. The cause was not given. A local newspaper in Norderstedt, north of Hamburg, said he died at his home in that city.

Regarded as one of the best German players of all time, Seeler was famous for his overhead kicks and his ability to score goals from the unlikeliest of angles.

He was also known for his humility and fairness, and respected for his unwavering loyalty to his hometown club. He received offers from clubs in Spain and Italy, most notably a huge offer from Inter Milan in 1961, but he opted to stay with Hamburg.

Seeler scored 445 goals in 519 appearances for Hamburg in the Oberliga and Bundesliga leagues. He remains the team’s all-time high scorer in the Bundesliga, the top league in Germany, with 137 goals.

Hamburg, which had been the only remaining team to have played every season in the Bundesliga since the league’s formation in 1963, was relegated to the second division in 2018.

Seeler scored 43 goals in 72 games for West Germany, which was the runner-up to England in the 1966 World Cup and won a third-place medal four years later in Mexico. He was a member of the German team for 16 years.

“While I was at four World Cups, I’d have liked to have won the title once,” he said. “I didn’t have the luck.”

“Still,” he added, “everything was wonderful. I regret nothing.”

Pele, the Brazilian soccer great, included Seeler in his list of the world’s greatest living players in 2004.

“His handling of the ball was perfect, his shot precise, and what really amazed me was his ability to head the ball,” Pele said.

In a special supplement to celebrate Seeler’s 80th birthday in 2016, the Hamburg club wrote: “If Uwe Seeler laced up his boots, then the opposing goalkeeper could dress up warmly and preferably put on a second pair of gloves, because Seeler scored from everywhere and in every possible way. Whether overhead kicks, flying headers, shots from distance, volleys, lobs, opportunist strikes — he always found a way to get the ball over the line.”

Seeler, who was born in Hamburg on Nov. 5, 1936, suffered repeated health setbacks in recent years. In May 2020 he underwent an operation to repair a broken hip after a bad fall at home. He lost his hearing in his right ear and had problems with balance after a car accident in 2010. He also had a pacemaker fitted and had to have a tumor removed from his shoulder, the news agency DPA reported.

Seeler and his wife, Ilka, were married for more than 60 years. They had three daughters. His grandson Levin Öztunali plays for the Bundesliga club Union Berlin. Seeler’s older brother, Dieter, also played for Hamburg. His father, Erwin, worked on a barge in Hamburg’s port and was also known for playing soccer in that city.

Complete information on survivors was not immediately available.