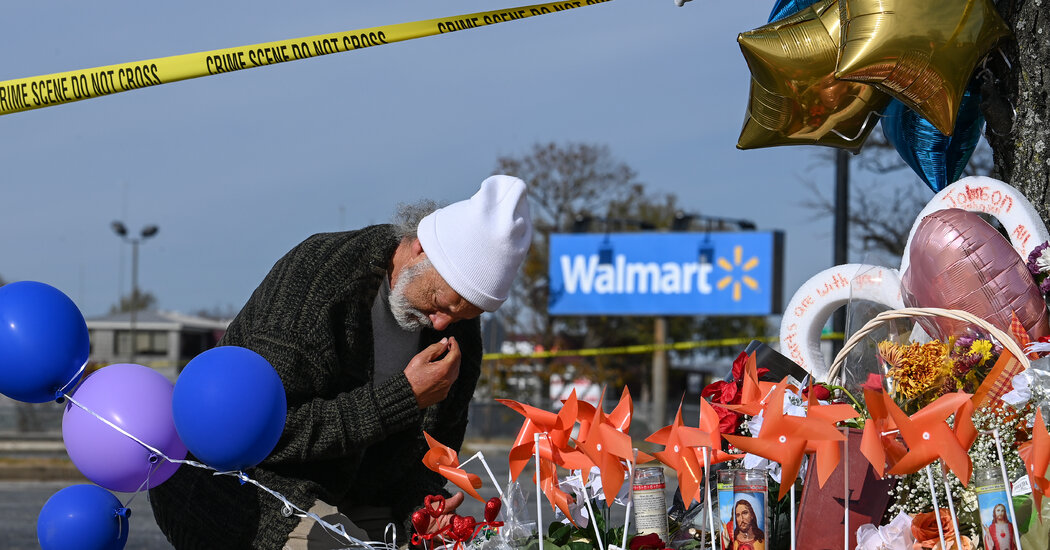 The police released a message found on the killer’s phone in which he asked God to “forgive me.”

The Walmart supervisor who shot and killed six of his co-workers at a store in Chesapeake, Va., late on Tuesday purchased a pistol only hours before the massacre and left a note on his phone, in which he described how he planned to target some colleagues and spare others, according to new details released by the Chesapeake police on Friday.

As friends and relatives of the victims mourned, with a candlelight vigil planned by the city on Monday, the new details provided the first indication of what led to the eruption of workplace violence, which took place as members of what has been described as a close-knit overnight team met in a Walmart break room.

The police said an analysis of a phone belonging to the gunman, identified as Andre Bing, 31, turned up the message, in which he said employees at the store had mocked him and compared him to a serial killer. In what he called a “death note,” the gunman said he would not kill an employee who had cancer because his mother had died from the disease.

“My God forgive me for what I’m going to do…” the note ended, according to images shared by Chesapeake city officials on Twitter. Officials did not say when the note was written.

The new details released Friday indicated the ease with which the gunman had purchased the pistol used in the killing, a 9-millimeter handgun. “The gun was legally purchased from a local store on the morning of Tuesday,” the city said in a statement. “He had no criminal history.”

According to a witness, the gunman opened fire about 10 p.m. without warning after entering the break room. The victims included several employees who had worked with him for years — Randall Blevins, Lorenzo Gamble and Brian Pendleton — and others who had more recently joined the staff, Kellie Pyle and Tyneka Johnson. One victim was a 16-year-old boy whose name has not been released.

This developing story will be updated.

Deepika Padukone ‘Werk it up’ with husband Ranveer Singh in latest ‘Buss It Challenge’;...