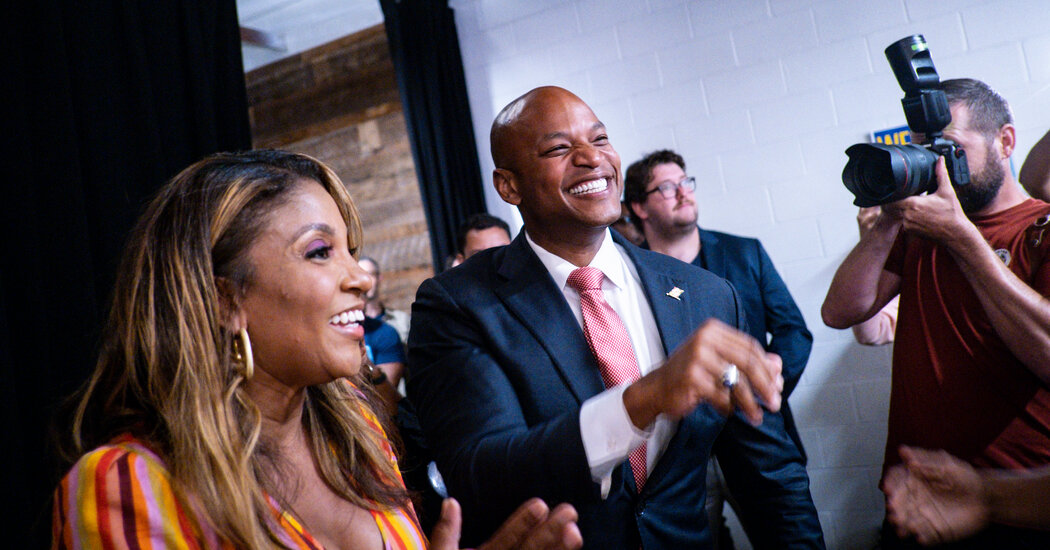 Wes Moore, a celebrity author and former nonprofit executive who campaigned as a political outsider, has won the Democratic primary for governor of Maryland.

Mr. Moore, a best-selling author who for a time hosted a show on Oprah Winfrey’s cable network, cast himself as a dynamic newcomer in a race in which his top rivals were all veterans of Maryland or national politics. In addition to an endorsement from Ms. Winfrey, he had the backing of the Democratic leaders of both chambers of the Maryland legislature and three members of the state’s congressional delegation — a strong showing for a first-time candidate.

Mr. Moore, who would become Maryland’s first Black governor if he wins, will be a heavy favorite in the general election against Dan Cox, a Republican state legislator who was endorsed by former President Donald J. Trump. Mr. Cox has amplified an array of election conspiracy theories, and during the Jan. 6, 2021, attack on the Capitol, he called Vice President Mike Pence “a traitor.”

Democrats are seeking to retake the Maryland governor’s office after eight years in which it was occupied by Gov. Larry Hogan, a moderate Republican who is among the nation’s most popular governors.

Mr. Hogan, who endorsed Mr. Cox’s rival in the G.O.P. primary, is prohibited by state law from seeking a third term. Despite his popularity, he was unable to transfer his support to Kelly Schulz, a longtime ally who served in his cabinet for seven years. Mr. Hogan said Wednesday that he would not support Mr. Cox.

Results from Maryland’s Democratic primary for governor, along with a number of other key races, were delayed because state law prohibits absentee ballots returned through the mail or in drop boxes from being counted for two days after Election Day.

On Thursday, election officials across the state gathered to begin the laborious process of inspecting and opening absentee ballots, allowing campaigns to review ballots that prompted any questions, and feeding the ballots through voting machines. Mr. Perez gained some ground as absentee votes were counted, but in the end it was not enough.

Mr. Moore prevailed in the primary despite questions about the veracity of the biography he has presented. He is not a Baltimore native, as he has claimed, and his tenure as a nonprofit executive in New York was marked by an episode in which his assistant was fired after a dispute regarding overtime pay for personal work she was doing for Mr. Moore.

Unlike a host of recent Democratic primaries, the party’s contest for Maryland governor didn’t turn on sharp ideological differences between the candidates. Instead the race centered on which candidate could build coalitions across ideologies.

As Ukraine Orders Civilians to Evacuate the East, Residents Face a Grim Choice