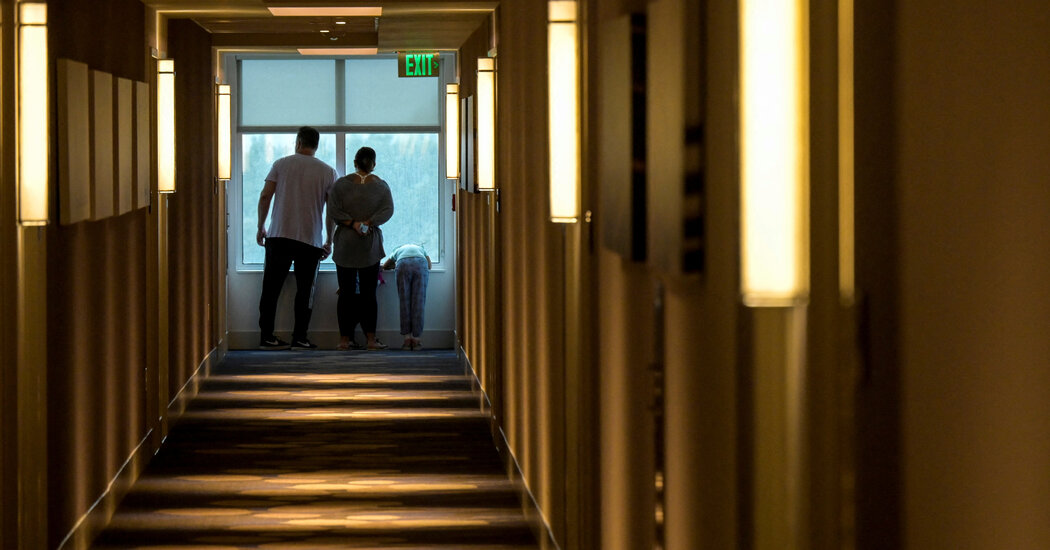 Throughout Florida, many airports have closed and some hotels have begun preparing to accept evacuees instead of tourists. As of Wednesday afternoon, Hurricane Ian had already contributed to the cancellation of more than 4,000 flights, most within Florida, according to Kathleen Bangs, a spokeswoman for FlightAware, a flight-tracking company.

The effects on air travel, in Florida and beyond, are likely to continue through the weekend. Here’s what to know if your travel plans are affected by Hurricane Ian.

Your flight was canceled because of the storm. What now?

Extreme weather events are outside airlines’ control, so you cannot automatically expect a full refund if your flight is canceled or significantly delayed. But some airlines, including American, Frontier and JetBlue, are offering full refunds anyway.

Other airlines are offering credit to those who opt not to rebook, or waiving change fees for those who do — but read the details carefully because there are many restrictions.

Here are what some major airlines are doing:

What happens to your hotel reservation?

If you are planning to travel to Florida in the coming days, you should check to see if your hotel is still accepting guests. Travelers planning to check in at Disney Resort Hotels on Thursday, for example, were asked to wait until Friday.

If you are planning to cancel your trip you’ll need to talk to your hotel about specifics. Wyndham Hotels & Resorts is waiving cancellation fees for any hotels in mandatory evacuation zones, a spokesman said in a statement.

Hilton customers who have not paid before check-in can cancel with a refund. Those who paid in advance may be able to obtain a full refund if their plans were affected by Hurricane Ian, according to a spokeswoman.

What about Airbnb and VRBO?

Both companies appear to be leaving that decision to the host. If your host cancels first, then you should get a refund or credit.

VRBO and Airbnb are both trying to facilitate that by waiving host penalties associated with cancellation in areas affected by the storm, according to company representatives.

It gets more complicated if your host doesn’t cancel.

Airbnb offers refunds for a number of “events beyond your control,” including natural disasters such as volcanic eruptions. But tropical hurricanes and storms affecting Florida between June and November are not covered because the company considers them foreseeable.

VRBO has a similar policy. “Natural disasters, such as hurricanes or wildfires, do not override the cancellation policy set by the host and agreed to by the guest when they book,” a spokeswoman said.

One tip: Moving your date to something in the distant future can often buy you time to figure out your plans without incurring a fee.

Several cruise lines, including Royal Caribbean, said they had to reroute their ships to avoid the storm, forcing some passengers to spend an extra night at sea. Ships can generally navigate around severe weather, making cancellations rare, said Anne Madison, a spokeswoman for the Cruise Lines International Association.

MSC Cruises: The company rerouted two of its ships, the MSC Seashore and the MSC Divina, farther east and promised refunds to passengers who booked excursions at their original destinations.

Norwegian Cruise Line: An eight-day voyage that departed Miami on Sunday was shifted from the Western Caribbean to the Eastern Caribbean, the company said. The cruise line also said it canceled a 10-day Caribbean voyage that was scheduled to depart on Thursday from Orlando.

What happens to Disney World tickets?

The theme park will be closed on Wednesday and Thursday. Disney said tickets purchased for this week could be used through Sept. 30, 2023, and that it was working with any guests who required refunds.

Your Wednesday Briefing: The E.U. Agrees to Curb Its Gas Consumption