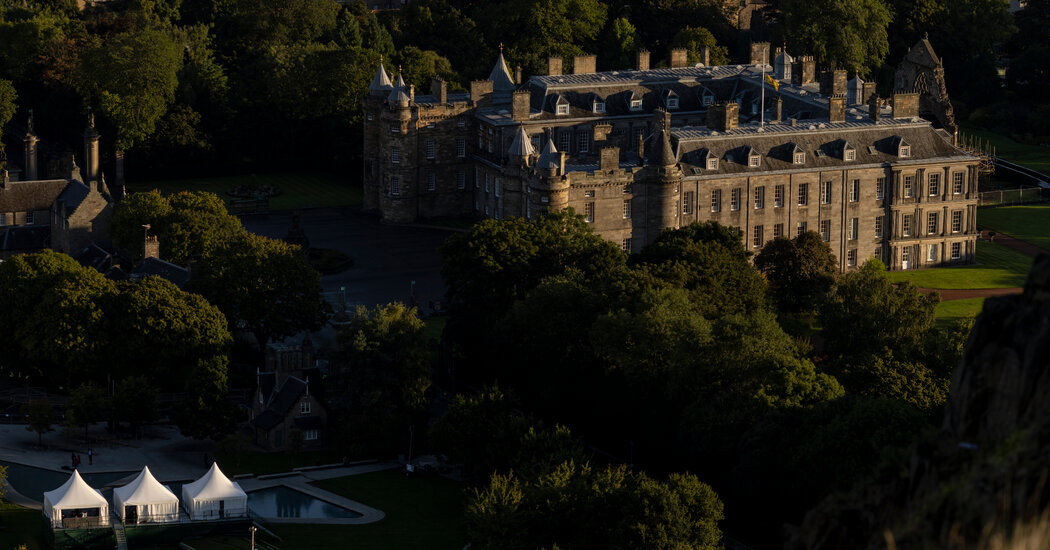 The queen’s funeral has been set for Sept. 19, but Britain is spending this week remembering and mourning the country’s longest reigning monarch. On Monday, the queen’s coffin was driven down the Royal Mile, a grand route through Edinburgh’s Old Town, to St. Giles Cathedral for a prayer service and vigil. The queen will lie in rest at the cathedral overnight.

Here is what to expect in the days ahead.

The queen’s coffin will be taken to a Royal Air Force jet, which will transport it to the Northolt air base west of London. It will be loaded into a state hearse and driven to Buckingham Palace, arriving around 8 p.m., when it will be placed on a trestle in the ballroom.

At 2:22 p.m., the queen’s coffin, adorned with the imperial state crown and a wreath of flowers, will be conveyed by gun carriage in a silent procession from Buckingham Palace, through the Mall and past the Horse Guards Parade, making its way to Westminster Hall in the Palace of Westminster.

After a blessing by the archbishop of Canterbury, Justin Welby, the queen will lie in state in Westminster Hall for four days.

The queen’s coffin will be moved again to nearby Westminster Abbey, where the funeral will be held at 11 a.m. Presidents, princes and prime ministers from across the globe will attend.

FIR against Vivek Oberoi for not wearing helmet, mask while riding motorbike in Valentine’s...