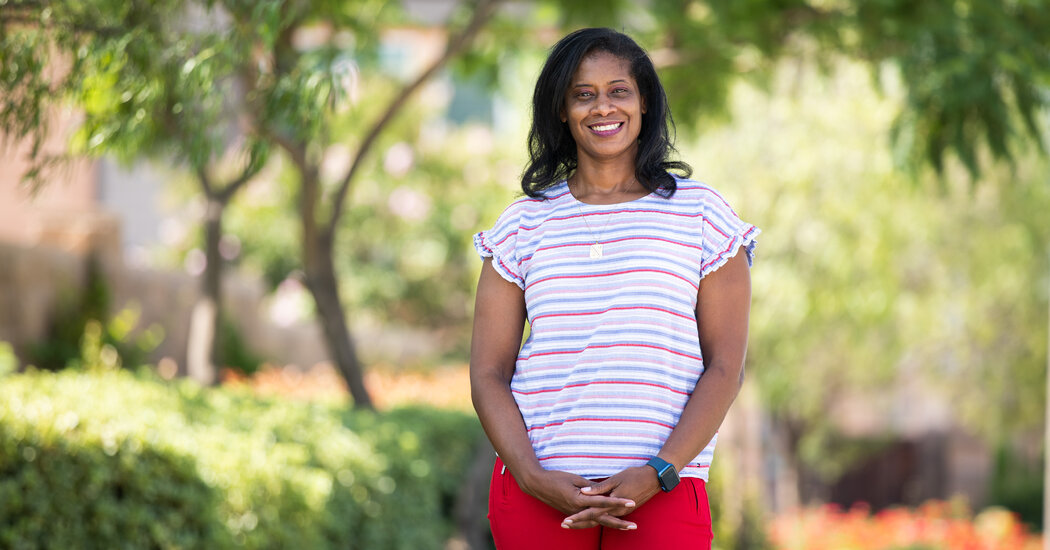 Like many Americans over the past couple of years, Roxanne Johnson realized that she needed to move only after she was forced to spend most of her time at home.

In late 2020, she was working in marketing for a film and television production company out of her two-bedroom condo in Winnetka, Calif., a diverse neighborhood in the San Fernando Valley, about 25 miles northwest of downtown Los Angeles. The neighbors were rowdy. Dogs barked. Worse, her building was deteriorating, and her apartment had begun to feel uncomfortably small.

“I was just sitting on the couch, basically not moving, as I Zoomed my life away,” she said. “I needed change.”

A self-described “real estate nerd,” Ms. Johnson already had several apps on her phone tracking the housing market. Before the pandemic, she had loved visiting open houses with her mother and grandfather, who would come for lengthy visits from Ohio, where Ms. Johnson, an only child, grew up in blisteringly cold winters.

When her family visited, Ms. Johnson usually wound up sleeping on the sofa. She wanted a place with more space, and first-floor access for her grandfather, who is now 95.

[Did you recently buy or rent a home in the New York metro area? We want to hear from you. Email: [email protected]]

“I really wanted to spend more time with them,” she said. “But I needed more bedrooms.”

She also yearned for a yard of her own and a room that could serve as a gym, with space for her weights, yoga mats and foam rollers.

As more Angelenos fled the city for the suburbs, Ms. Johnson knew that buying a three-bedroom home anywhere nearby was going to be difficult. “I didn’t have the money to get into a bidding war,” she said.

She considered homes in Arizona, Nevada and even Ohio, but decided that moving so far from work and friends would be more isolating. “I didn’t want to be lonely,” she said.

So she narrowed her search to San Bernardino County and, ultimately, to the city of Upland, about 40 miles east of downtown Los Angeles. With a budget of about $525,000, Ms. Johnson homed in on the area’s new developments, where prices were generally more affordable than those of existing homes.

“She had definitely done some homework and figured out what she wanted,” said Ms. Johnson’s real estate agent, Amanda Fallon, of Re/Max Partners.

Before she could buy anything, though, she needed to sell her condo to get the money for a down payment. Ms. Fallon referred her to another Re/Max agent, and Ms. Johnson began the daunting task of selling and buying simultaneously — which didn’t help her chances of finding the right place.

“At the time, it was so competitive here, most builders were not accommodating buyers who had a home to sell,” Ms. Fallon said.

Dates for assembly elections in 4 states, Puducherry announced, results on May 2

Death toll due to Tamil Nadu fireworks factory explosion rises to 19; over 30...