When two planeloads of asylum seekers were flown to Martha’s Vineyard last month, Peola Denham Jr. recognized an echo of his own experience from six decades ago — one nearly forgotten in the long history of Black Americans’ struggle for civil rights.

“What really took me back,” recalled Mr. Denham, 73, “is that when the people got to their destinations, they didn’t get what they were promised.”

The migrants on Martha’s Vineyard, who were primarily from Venezuela, found themselves repeating history, pawns in a political fight. The promise — as dozens of them would later recount to lawyers and journalists — was of jobs and resettlement help. Instead, they arrived with no warning to the community, which nevertheless scrambled to find them food and shelter.

For Mr. Denham, in the spring of 1962, the promise came in the form of bus and train tickets offered to his family and other Black Southerners by members of the White Citizens’ Council, a segregationist group, to take them to Northern and Western states where many were promised jobs and housing.

“My parents, coming up the way we came up, and all the hardships we were having in segregated Baton Rouge — I guess that’s the reason why they were ready to get out.”

That’s how Mr. Denham, at 12 years old, found himself on the Southern Pacific Railway from Baton Rouge, La., to Los Angeles, along with his father, stepmother and nine siblings.

They were among a couple hundred participants in what came to be known as the reverse freedom rides, a segregationist political stunt that had ripple effects across generations of Black families, and whose parallels were noted by historians and others after the migrant flights touched down in Martha’s Vineyard.

Mr. Denham’s memories of his train ride and its origins are hazy. His stepmother, he said, was interested in the tickets because she had relatives in California. “My parents, coming up the way we came up, and all the hardships we were having in segregated Baton Rouge — I guess that’s the reason why they were ready to get out,” he said.

Mr. Denham remembers a rush of reporters approaching the family when the train made a stop in Texas, telling his parents that their tickets had been paid for by racists, which he said surprised and upset them. Mr. Denham also remembers arriving at a Los Angeles train station, where the family was again mobbed by reporters.

Clive Webb, a professor of American history at the University of Sussex, said the reverse freedom rides — concocted in response to the Freedom Rides organized by civil rights groups to challenge segregation on interstate buses — attracted plenty of media attention at the time, but have since been largely overlooked. In a 2004 paper on the subject, he estimated that more than 200 Black Southerners took the free tickets.

But the Martha’s Vineyard flights, along with the busing of Central American migrants to the vice president’s residence in Washington last month, dredged the reverse freedom rides back into public consciousness. A letter signed by some House Democrats accused the Republican governors who arranged the trips of “using the same ploys” as the segregationists of 1962, while the Biden administration accused them of using the migrants as political pawns.

“No historical parallel is ever precise,” Dr. Webb said of the comparisons between the migrant trips and the reverse freedom rides. “But it was a cheap publicity stunt in the early ’60s, and this is a publicity stunt, too.”

The migrants taken to Martha’s Vineyard on flights arranged by Gov. Ron DeSantis of Florida had recently crossed the southwestern U.S. border without authorization and turned themselves in to border officials to seek asylum, with many saying they had fled violence at home. The migrants who were dropped at Vice President Kamala Harris’s home the same week, on buses sent from Texas by Gov. Greg Abbott, were from Colombia, Cuba, Guyana, Nicaragua and Panama and came into the country in the same manner.

A spokeswoman for Mr. Abbott called comparisons of transporting migrants to high-profile destinations with the reverse freedom rides “a garbage attempt to deflect from the hypocrisy of Democrat mayors.” Representatives of Mr. DeSantis did not respond to requests for comment.

Those attention-getting moments were an escalation of a tactic being used by Southern officials this year to shift the problems of border crossings onto Northern states. Since the spring, Texas and Arizona have provided thousands of undocumented migrants with bus rides to Northern cities, including New York, Chicago and Washington, taxing those cities’ capacities to provide emergency food and housing. Mayor Eric Adams of New York recently declared a state of emergency and called for state and federal funding to help pay for housing and services for the migrants.

Arizona officials described the state’s chartered buses as a humanitarian project — distinct from the efforts of Texas and Florida — and said that the roughly two thousand migrants who traveled from there to Washington this year had been vetted to ensure they wanted to go east and knew where they were headed.

Unlike the reverse freedom riders, who were from the American South, many of the migrants who boarded buses this year had no personal ties to the U.S. border towns they departed from. Many have since connected with family members in the cities where they arrived, or begun to put down roots far from the southern border.

All of this feels familiar to Dolores DaLuz, 88, a longtime civil rights activist in Massachusetts. In May 1962, she learned that dozens of Black Southerners had taken a reverse freedom ride bus from Arkansas to Hyannis, Mass., where she lived. Segregationists chose the spot because it was close to where President John F. Kennedy and his family vacationed.

Ms. DaLuz rushed downtown to find the bewildered travelers. “They said that their governor had sent them down and told them that Kennedy would be there waiting for them with jobs and housing,” she said. “Of course, there was no such thing.” 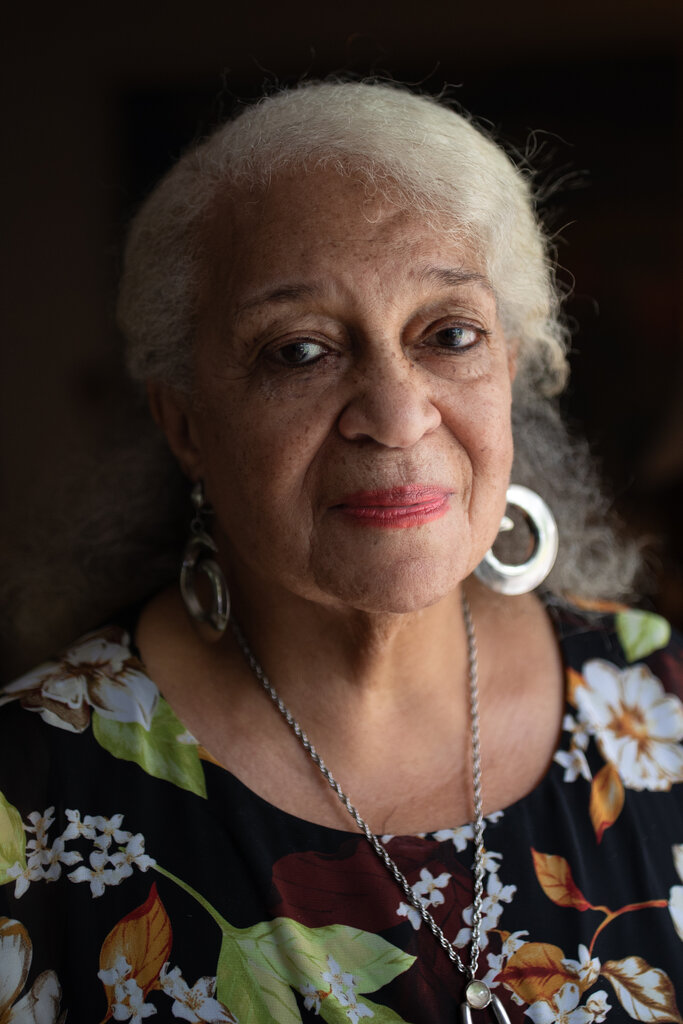 “I’ve seen this movie before, so I’m not really surprised that it’s happening again.”

Like the residents of Martha’s Vineyard did for the migrants last month, Ms. DaLuz and other residents of Hyannis scrambled to help the travelers find food and shelter, she said. But opportunities in Hyannis were limited, and many of them eventually scattered across New England.

“I’ve seen this movie before, so I’m not really surprised that it’s happening again,” Ms. DaLuz said. “It’s just disheartening, like we’ve got to go back and do it all over again.”

The White Citizens’ Council was fighting a losing battle for public support in the 1960s when members came up with the reverse freedom rides “as a public relations exercise that would at once politically embarrass their Northern liberal critics and thereby reestablish their support among white Southerners,” according to Dr. Webb’s account.

The destinations, which included New York City, Los Angeles, Chicago, Redwood Falls, Minn., and Pocatello, Idaho, were chosen because they were home to politicians who had supported integration.

‘‘We are telling the North to put up or shut up,” George Singelmann, an architect of the rides, was reported saying in May 1962.

The organization alerted news media outlets in order to attract coverage, but much of it was critical. The New York Times described the stunt as “cheap trafficking in human misery on the part of Southern racists.” Dr. Webb found that some Southern segregationist news outlets also condemned the tactic — one New Orleans station called it “sick sensationalism” — and a Gallup poll published in June 1962 suggested widespread public disapproval.

For those who took the free tickets, the reverse freedom rides can be a sensitive subject. At the time, some civil rights activists urged the riders not to go.

After arriving in Los Angeles, Mr. Denham remembers staying with his family at a hotel, and then moving to a public-housing project in the city before finally settling at a home in Compton.

He remembers hot and sunny days in California, where he attended his first integrated school and made friends of different races. He remembers long evenings when he and his siblings would play outside, grateful for the chill of the Santa Ana winds. Sometimes they would fall asleep on the lawn, he said, until his father returned home from a night shift to wake them up.

“We just tried to make a life out there,” he said, adding that while it wasn’t perfect, he was happy.

Many of the reverse freedom riders ultimately went back home, including Mr. Denham, who spent a few years in California before his father split from his stepmother and brought him back to Louisiana. He now lives in Destrehan, on the edge of New Orleans.

His parents have died, but he still has many family members in Louisiana — as well as two sisters who remain in California. Sometimes, Mr. Denham said, they try to convince him to move back West.

Tamil Nadu: Class 9-11 students to be promoted without any exams

Lady Gaga, Jennifer Lopez and Amanda Gorman to perform at Biden swearing in