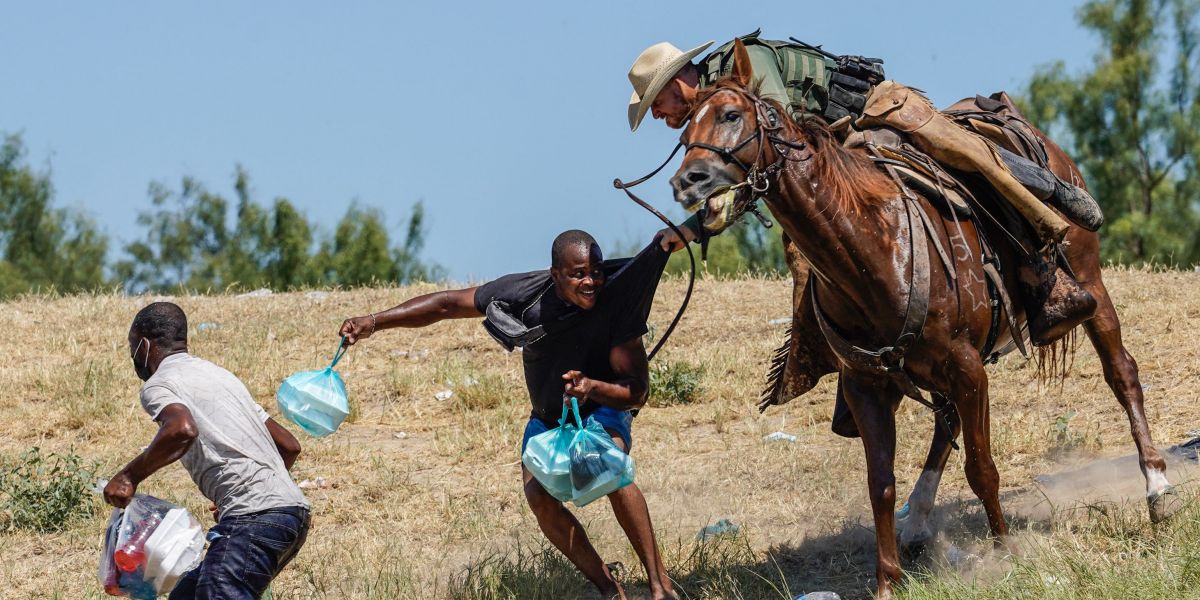 After backlash and outrage throughout social media, the White House is addressing viral photos and video of border patrol agents in Texas seen riding around horseback and whipping Haitian migrants trying to cross the Rio Grande into the United States.

“I have actually seen a few of the video. I don’t have the full context. I can’t envision what context would make that appropriate, however I don’t have additional information,” White House press secretary Jen Psaki stated, according to NBC News. “I don’t believe anybody seeing that video would believe it’s acceptable or proper.”

Reuters reports hundreds of Haitian migrants have been living in a makeshift campsite under a bridge in the town of Del Rio, Texas while awaiting the progression of their pending migration status. U.S. authorities have actually permitted them to go to Ciudad Acuña in Mexico in pursuit of food and supplies, and return through a shallow point of the river.

That permission was withdrawed over the weekend when agents began returning migrants to Haiti while those who took a trip into Mexico were informed they wouldn’t be enabled to come back into the United States.

Video published on Twitter reveals an agent wielding a whip and swinging at a migrant as they struggled to navigate through the water. Another event revealed an officer get the t-shirt of a man carrying bags of food, which was recorded in the above picture. Both managed to avert officers.

“We are continuously examining scenarios on the ground.” Psaki said. “Obviously our objective here is not simply to work to resolve the circumstances– which are really difficult– in Del Rio, but also to continue to work with the officials in Haiti to improve the conditions [and] to provide help. We’re doing all these pieces at the exact same time.”

Psaki wouldn’t talk about whether the Biden Administration will alter their policy over returning migrants to Haiti.