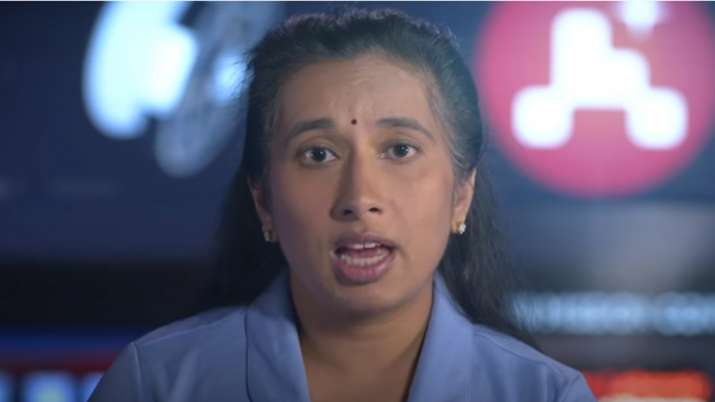 NASA has successfully landed its Perseverance rover on Mars. The rover landed at the Jezero crater which according to scientists was once flooded with water. Past studies indicated that life may have developed in the crater and there is a high probability that clays contain a rich fan-delta deposit. As soon as the rover landed, scientists and engineers at NASA’s mission control in California erupted with joy.

Among the scientists who are part of this historic mission is an Indian-American lady. She is Dr Swati Mohan. Mohan who is the Mars 2020 Guidance, Navigation, and Controls (GN&C) Operations Lead, successfully spearheaded the development of attitude control and the landing system for the Perseverance.

At NASA’s Jet Propulsion Laboratory near Los Angeles, Swati Mohan was communicating and coordinating between the GN&C subsystem and the rest of the project’s team.

Swati Mohan was the one who confirmed the landing of the Perseverance rover on Mars. “Touchdown confirmed! Perseverance is safely on the surface of Mars, ready to begin seeking the signs of past life,” she announced soon after the rover landed.

Who is Swati Mohan

Swati Mohan emigrated from India to America when she was just one-year-old. She spent most of her childhood in Northern Virginia-Washington DC.

Swati Mohan holds a Bachelor of Science degree in Mechanical & Aerospace Engineering from Cornell University. She completed her MS and PhD from MIT in Aeronautics/Astronautics.

A key member of the Perseverance Rover mission since the beginning, Swati Mohan has also been a part of various NASA missions. She also worked on Cassini — a mission to Saturn and GRAIL — a pair of formation flown spacecraft to the Moon.

After watching American science fiction Star Trek at age of 9, Swati Mohan decided to find new and beautiful places in the universe. She also wanted to become a pediatrician until she was 16.

Swati Mohan later developed an interest in physics and became an engineer. She pursued her interest in space exploration and joined NASA.