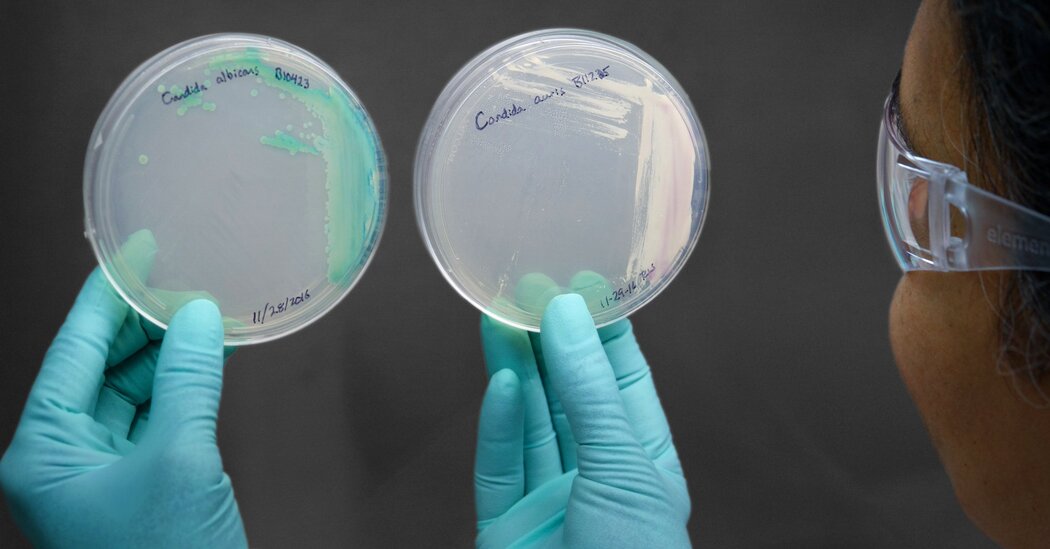 The pathogens cause infections that kill millions of people each year and often go undiagnosed. Even when identified, a growing number of infections is resistant to the current crop of drugs.

The World Health Organization has released a ranking of fungi that threaten human health in its most ambitious effort to draw attention to a constellation of pathogens that are largely overlooked, even as they have become increasingly widespread, resistant to treatment and deadly.

The health agency listed 19 invasive fungal diseases, including four it described as a “critical priority,” that collectively kill 1.3 million people and contribute to the death of five million others each year. Many of those deaths occur among people with H.I.V., cancer, tuberculosis and other underlying health conditions that leave them vulnerable to infection.

Health officials say the death toll from fungal infections is likely much higher because many hospitals and clinics, especially in poorer countries, lack the diagnostic tools for detecting them.

“The bottom line is that invasive fungal infections are becoming more prevalent, but frequently they are not recognized in patients and not correctly treated,” Dr. Carmem L. Pessoa-Silva, a W.H.O. official focused on disease surveillance and control, said at a news conference on Tuesday. “We do not have a real sense of the size of the problem.”

The W.H.O. framed the report as a call to action, and officials said they hoped it would help lead to a greater sense of urgency among governments, drug developers, doctors and health policy experts.

Climate change has helped to increase geographic range and prevalence of some infections, the W.H.O. said. The coronavirus pandemic has also led to a spike in fungal infections among Covid patients who end up in intensive care units, where stubborn pathogens like Candida auris sometimes flourish, then invade the body through breathing tubes and intravenous lines.

In India, Mucormycosis, a rare but aggressive pathogen often referred to as “the black fungus,” has stalked thousands of Covid patients, some of whom have required disfiguring facial surgeries to remove the infections.

Much like pernicious bacteria that evolve and become resistant to antibiotics through their overuse in people and agriculture, antifungal medications have been losing their curative punch in recent years. Scientists have said that rising rates of resistance to Aspergillus fumigatus, a common mold that can be fatal to those with weakened immunities, have been tied to the prodigious use of fungicides on cash crops like grapes, corn and cotton.

Once a fungal infection enters the bloodstream, treatment becomes exponentially more difficult: Bloodstream infections with fungi in the candida family, for example, have a mortality rate of 30 percent. That figure is substantially higher among patients with Candida auris, one of the four “critical priority” fungi cited in the W.H.O. report. The fungus, a yeast first identified in Japan in 2009, has spread to four dozen countries and is often resistant to more than one drug.

There are only four classes of drugs that treat fungal infections, “and very few new ones in the pipeline,” said Dr. Hatim Sati, another W.H.O. official who helped to write the report. Many of the existing drugs are so toxic, he said, that some patients cannot safely take them.

Doctors and researchers said they were encouraged by the W.H.O.’s decision to turn a spotlight onto fungal infections. “This is long overdue given that fungal diseases have long been neglected even as the problem grows at an exponential rate,” said Dr. Cornelius J. Clancy, an infectious diseases doctor at the VA Pittsburgh Health Care System who did not contribute to the report.

Dr. David Denning, chief executive of the advocacy group Global Action for Fungal Infections, said that in some ways, poor surveillance was the root of that neglect.

The failure to diagnose fungal infections means that patients often go untreated, he said, citing research in Kenya, which found that better surveillance efforts for fungal meningitis would save 5,000 lives annually among people with H.I.V.

The annual cost for widespread testing, he said, would be around $50,000.

The lack of diagnosis has other unseen consequences, Dr. Denning said. He offered the hypothetical example of a leukemia patient who develops a fungal infection that proves fatal. “If that person dies from a fungal infection, their relatives might want to give money to a leukemia charity,” he said. “They aren’t going to give it to the fungal disease charity because the leukemia is the thing they knew about.”

Scientists Have Designed a ‘Vagina on a Chip’

India begins next phase of COVID vaccination from today: What you should know