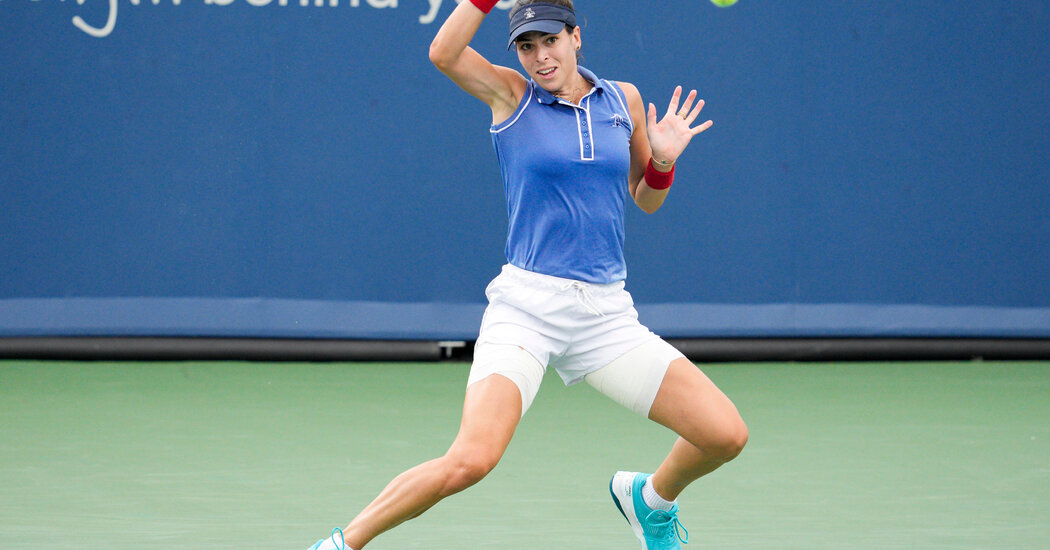 The scene was quieter on the much smaller Court 7, with only a few dozen people sitting on the metal bleachers on Wednesday night to watch Ajla Tomljanovic of Australia defeat Evgeniya Rodina of Russia in three sets.

Tomljanovic, 29, will now face Serena Williams in the third round. The two players have never faced each other.

Tomljanovic, No. 46 in the world, arrived at the U.S. Open after an impressive performance at Wimbledon in which she advanced to the quarterfinals before losing to the eventual champion, Elena Rybakina of Kazakhstan.

Rodina handily took the first set of the night, 6-1, but then Tomljanovic quickly took the first three games of the second set. Down 3-0, Rodina called for a medical trainer to the court. The trainer appeared to be treating her leg before they left the court.

While Rodina was being treated, Tomljanovic put on a sweatshirt and practiced her serves to stay warm. Rodina returned to the court after several minutes with what appeared to be tape over her right thigh.

Tomljanovic won the next set, 6-2. After the second set, Rodina took another medical timeout and left the court. Tomljanovic appeared to take issue with Rodina’s second break and had a few words with the chair umpire about it.

Serving at 5-3, Rodina failed to close out the match, as Tomljanovic pushed it to 5-4, winning the break with a forehand.

At 5-5, the two players dueled out an 11-point game that Rodina lost on a forehand unforced error. Up 6-5, Tomljanovic closed out the match on her serve.

The third round starts on Friday.

Bengal Polls: Meet Kalita Majhi – a maid who is contesting elections on BJP...

NIA raids in Terror funding case in Srinagar and Delhi