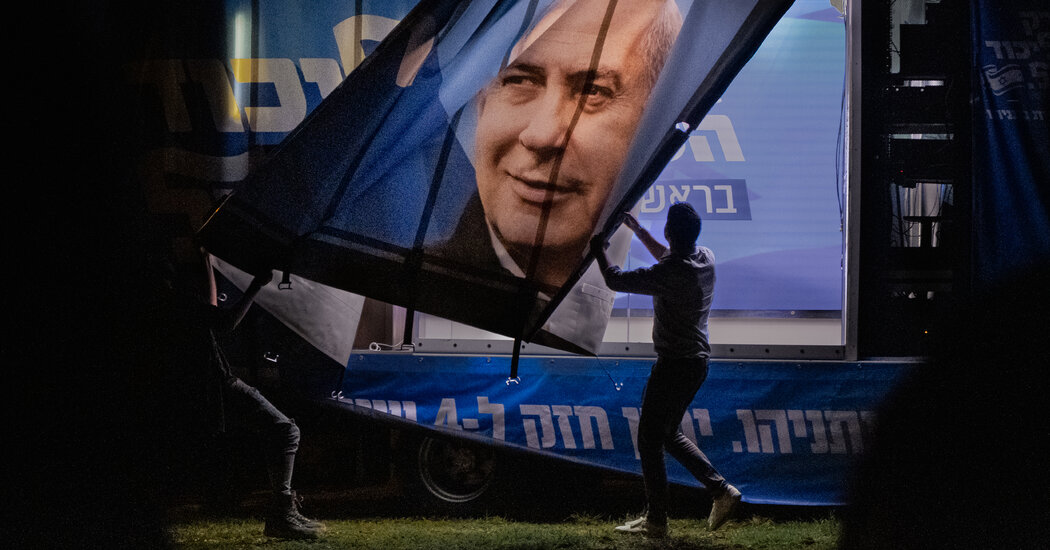 Israel keeps returning to the polls primarily because voters remain evenly split on the question of whether Benjamin Netanyahu, the longest-serving Israeli prime minister, is fit to run the country while standing trial on corruption charges.

Mr. Netanyahu was placed under investigation in 2016, on charges related to bribery, fraud and breach of trust. Ever since, the country has been divided between those who think he should now stay away from politics, and those who don’t.

Two elections in 2019 ended in a stalemate, leaving Mr. Netanyahu in power as a caretaker prime minister but unable to cobble together a formal coalition. A third election in 2020 resulted in a grand coalition between Mr. Netanyahu and Benny Gantz, a former army chief, but their alliance quickly collapsed before it even set a national budget, leading to a fourth election in March 2021.

That election also ended in deadlock, but Mr. Netanyahu was prized from office when a small right-wing party led by Naftali Bennett, who had been one of his allies, broke ranks and formed a coalition with Mr. Netanyahu’s opponents.

Despite some early successes, including setting Israel’s first budget in more than three years, Mr. Bennett controlled only a tiny majority and struggled to govern amid profound ideological differences among coalition members. The government collapsed in June of this year amid disagreements over the rights of Israel’s Arab minority, the relationship between religion and state, and settlement policy in the occupied West Bank.