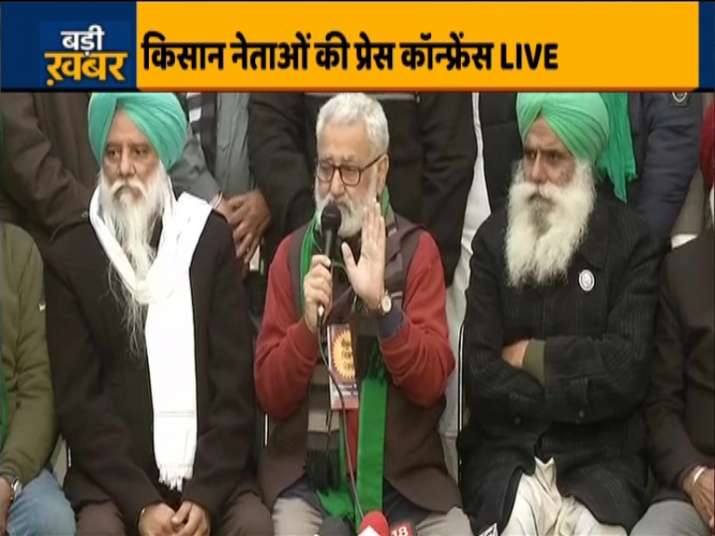 Farmer unions have turned downed the Supreme Court’s proposal of discussing the issues concerning the three farm laws in a special committee. A Supreme Court bench headed by Chief Justice SA Bobde on Tuesday stayed the implementation of the agri laws till further orders and formed a 4-man committee to deliberate over the issue. Farmer leaders welcomed the apex court’s decision to put the laws on hold, however, they refused to appear before the committee.

“We’d issued a press note last night stating that we won’t accept any committee formed by Supreme Court for mediation. We were confident that Centre will get a committee formed through Supreme Court to take the burden off their shoulders,” Krantikari Kisan Union chief, Darshan Pal told the media at Singhu border.

“We had said yesterday itself that we won’t appear before any such committee. Our agitation will go on as usual. All the members of this Committee are pro-govt and had been justifying the laws of the Government,” Balbir Singh Rajewal, Bhartiya Kisan Union (R) added.

Rajwal said that the planned tractor rally and protest march on January 26 will continue. However, he dismissed rumours that the farmers were planning to surround the Red Fort or Parliament building on Republiuc Day.

“There will be a peaceful protest on January 26. We will announce our programme on January 15,” he said.

Speaking to reporters at Ghazipur border,  Bharatiya Kisan Union (BKU) spokesperson Rakesh Tikait said, “Our protest will continue. We are demanding that the government repeal the three laws and also make a law to guarantee Minimum Support Price (MSP) for our produce.”

Thousands of farmers from Punjab, Haryana and Western Uttar Pradesh have been protesting at several borders of the national capital for last 48 days demanding the repeal of the three farm laws and guarantee of MSP. Several rounds of talks between the protesting farmer unions and the government have failed to break the deadlock.