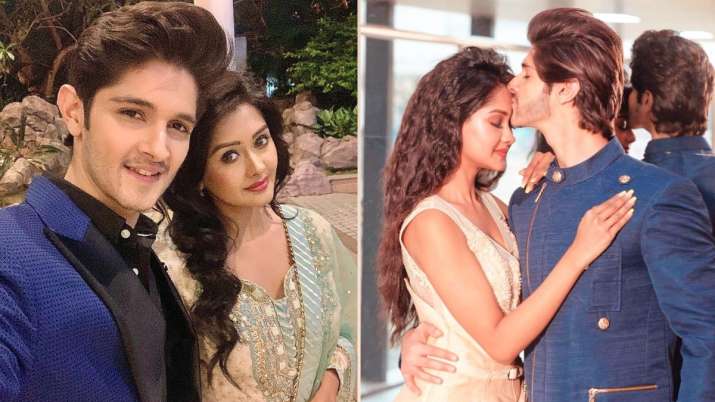 Relationships in the entertainment world are really confusing. At once you hear about a couple being a relationship for over years and the next monet you hear the news of their breakup. Well, yet another piece of sad news related to a Television couple has been doing rounds on the internet. Yes, we are talking about none other than Yeh Rishta Kya Kehlata Hai actors Rohan Mehra and Kanchi Singh who have been dating each other from the past five years. But now it seems that after continous troubles in their paradise, the couple has finally decided to head for a splitsville! And, believe it or not, it is true!

Rohan and Kanchi were considered one of the most celebrated couples of the small screen and treated fans every now and then with their adorable pictures on social media. However, from quite some time, the duo has been really away from all the limelight. Soon reports of their break up started doing rounds. And now a latest report in Spotboye stated, “Rohan and Kanchi were having issues since a long time and now they have mutually decided to end things.”

Not only this, but when the actress was quipped about the same, she chose to gave a really diplomatic reply and said, “I have no hard feelings for anybody. I am at peace in my life. And I don’t want to talk about this topic.”

If that’s not enough, both Kanchi and Rohan’s social media posts hint that something is definitely not fine with the two. On Valentine’s Day 2021, they posted pictures of themselves and wrote about loving oneself. Kanchi captioned her photo, “Happy Valentine’s day.. this valentine”s day I have decided to love myself…”

While Rohan gifted himself new wheels and wrote, “Falling in LOVE with yourself is the first secret to HAPPINESS So this Valentine’s Day I gifted myself New Wheels – Range Rover !!! Never been so passionate about a car !!! My new love Happy Valentine’s Day !!! Have a memorable one.”

This came as a shocker since last year Kanchi shared a loveable picture with Rohan and wrote, “All you need is love..! Happy Valentine’s Day @rohanmehraa.”

If the lovebirds have finally called out for a quit, then surely it is really a sad news for their fans!

On the professional front, Rohan was recently seen in web show titled ‘Crashh’ that released on Zee5.